Some photos I took at Shenandoah National Park throughout 2003 are shown below. 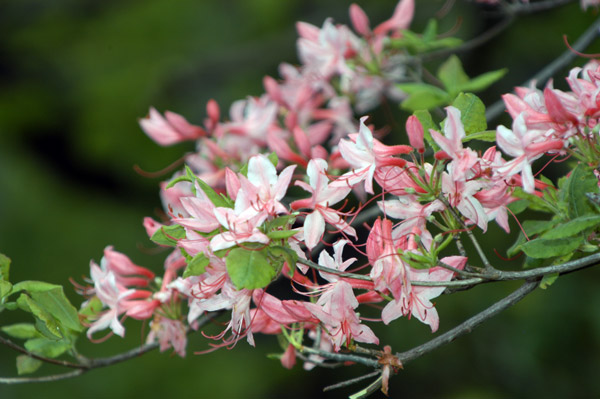 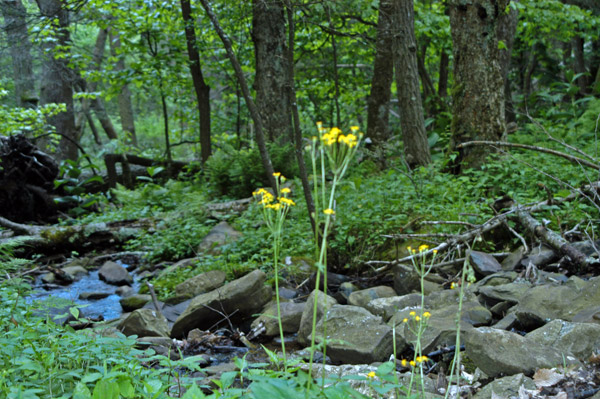 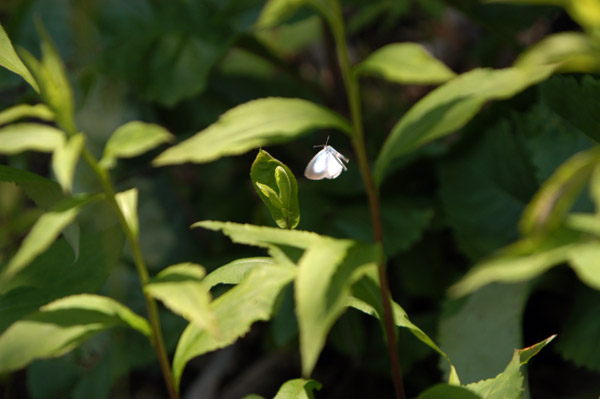 I'm not normally a floral kind of photographer, but spring flowers do provide nice contrast. The third photo captured a moth in midflight. 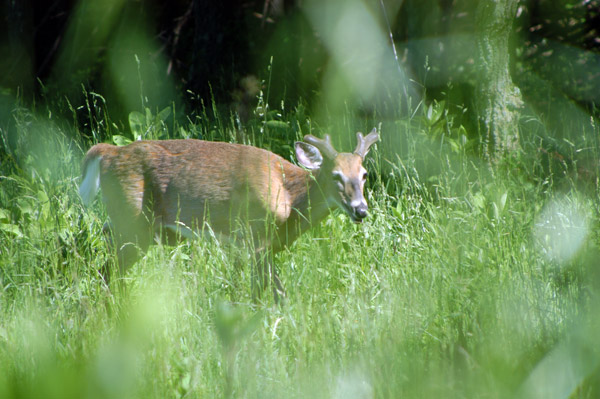 This buck was chasing a doe through a prairie. It was actually quite entertaining to watch -- the two ran around in circles, playfully chasing each other for quite a long time. A la Far Side, as soon as they realized they were being watched by humans, they began exhibiting normal deer behavior -- such as posing for this photograph. 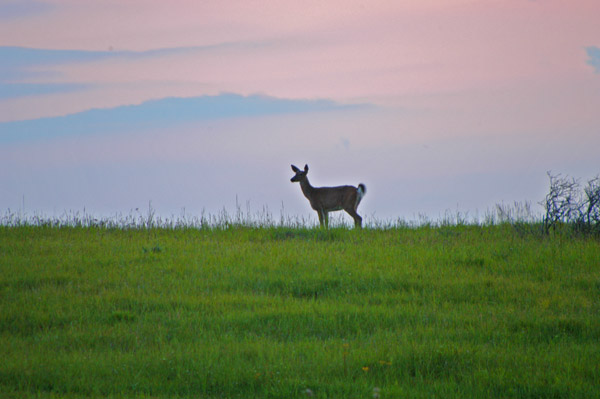 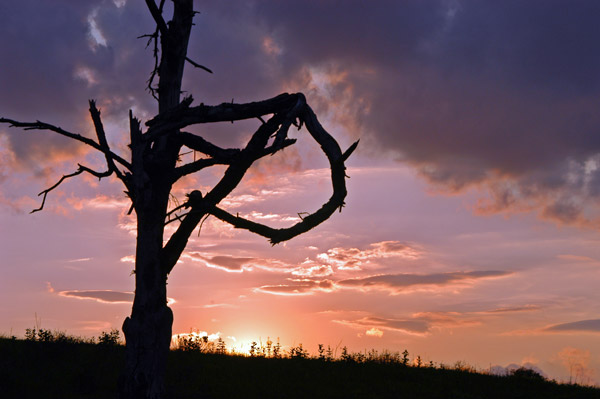 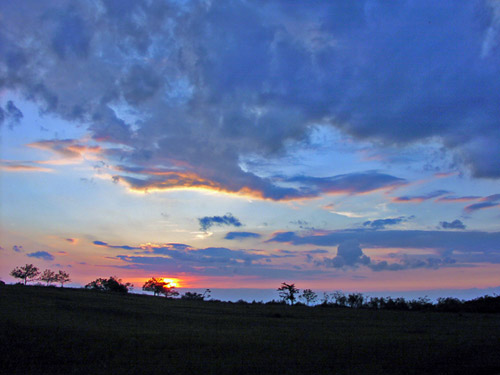 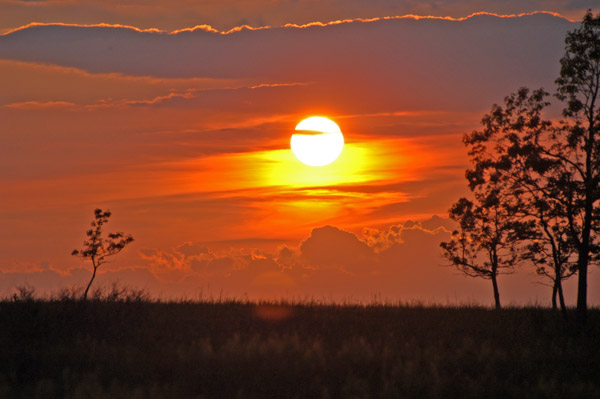 A collection of photos taken as the sun set in Big Meadows. Big Meadows is a great spot to capture sunset photos -- providing a nice view of the western sky. But catching a beautiful sunset is hit and miss. Sometimes, clouds will settle in and make the sky uniform shades of uninteresting gray. One thing is certain: you'll see dozens of deer grazing in Big Meadows in the early morning and late evening. 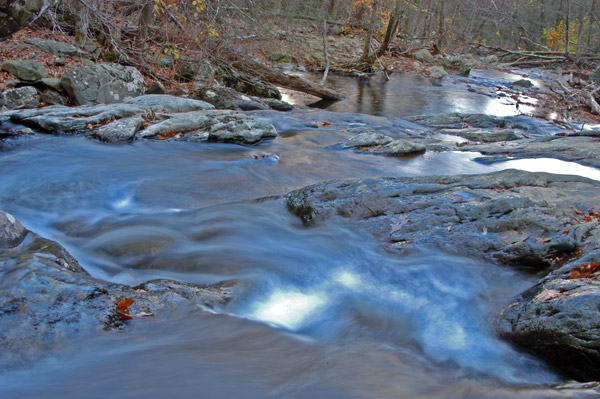 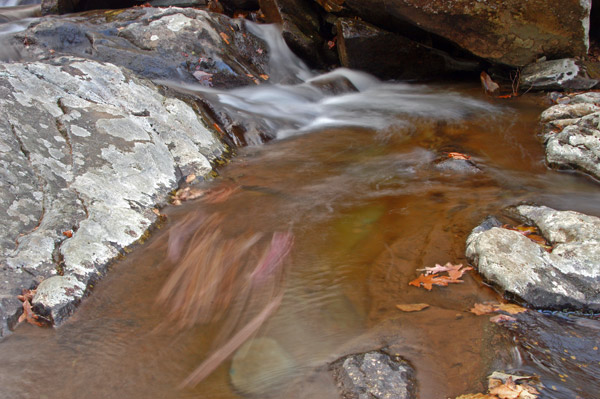 A couple shots during the Fall off of Whiteoak Canyon, taken on October 22, 2003. I camped that night and boy, was it cold! The temperature got down into the upper teens, with a steady wind. I shivered the whole night. The next morning, there was a light coating of snow and freezing rain covering everything. 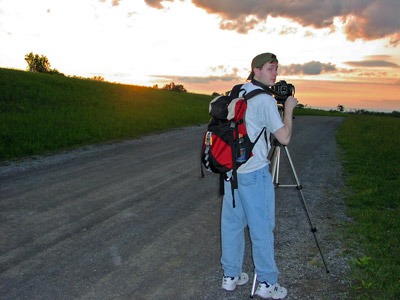 A shot of me in Big Meadows taking some of the sunset photos you saw above.