A Beautiful Day for a Pillow Fight 🔗

Saturday, April 4, 2009 was a beautiful day to visit Washington, DC. The sun was shining, there was a cool breeze (at times gusting into a very strong wind), and the cherry blossoms were in full bloom.

And, also, a pillow fight with hundreds of participants broke out on the National Mall and, later, in Dupont Circle. 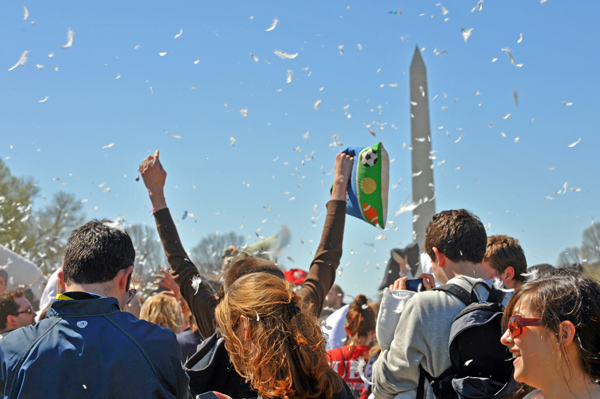 And I just happened to be in the right place at the right time to capture some photos.

Well, OK, maybe I was in on it, just a little. The event was part of the International Pillow Fight Day, which had participants breaking out the pillows all across the country and world. What better way to take out your aggression? The DC event was arranged by the DC Defenestrators, the local chapter of Improv Everywhere, a performance art group that causes "scenes of chaos and joy in public places."

I photograph local Improv Everywhere events. In my first event a year ago, I participated as a member of the paparazzi chasing a celebrity down the National Mall. Except the "celebrity" was really a normal person. The celebrity, bodyguards, paparazzi, and contingent of fans were all in on the joke. The second Improv Everywhere mission I participated in was Conga Line Tours, which invited tourists to participate in an inaugural free tour of Conga Line Tours -- where participants conga-danced between different points of interest in DC. I photographed that event.

Which leads me to yesterday's event. A call was put out to have folks show up on the National Mall at 2 p.m., with hidden pillows. At 2 p.m., two members of DC Defenestrators would get into an argument, pull out pillows, and begin to settle their argument with fluffy down (or synthetic down). People nearby would try to break up the argument, only to whip out their own pillows and join in on the action. Hundreds and hundreds of people showed up with pillows, and soon it was a good-natured free-for-all. We repeated the sequence at 3 p.m. at Dupont Circle.

I didn't have a pillow, but I did have my camera, so I did a "fluff" piece of photojournalism.

This was a great event. It brought together hundreds of people who didn't know each other, from all walks of life -- different ages, races, and backgrounds. Everyone was laughing uncontrollably, and people walking by broke into a big smile. It certainly was a spectacle to witness; not something you see every day. Participants also did a good job cleaning up any messes made from bursting pillows.

I snapped over 400 photos; 26 are shown below. You can also check out some shots one of my friends, Charlie, took. He was shooting with a wider lens so you can get a better idea of the scope of the event. (Most of mine below were shot at 200mm.) 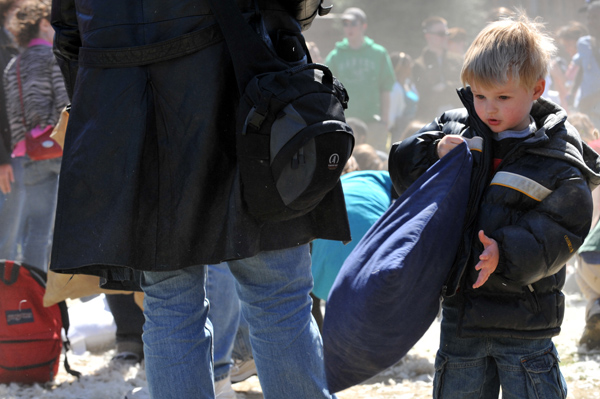 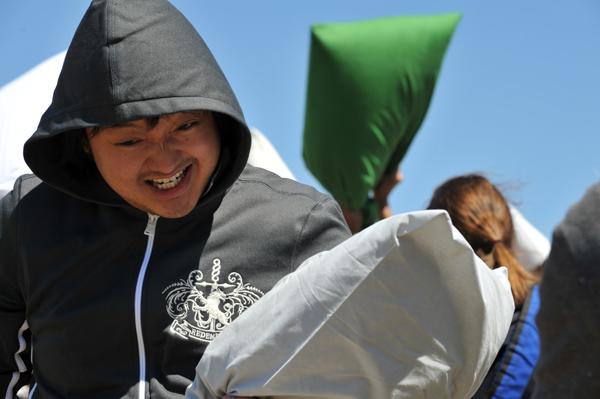 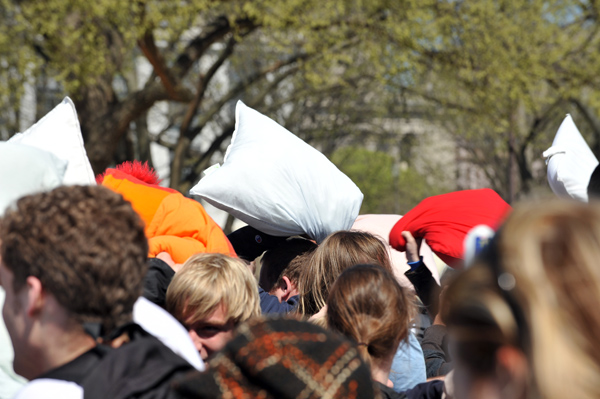 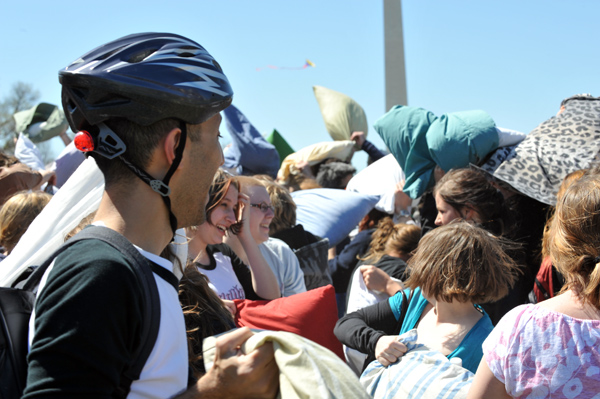 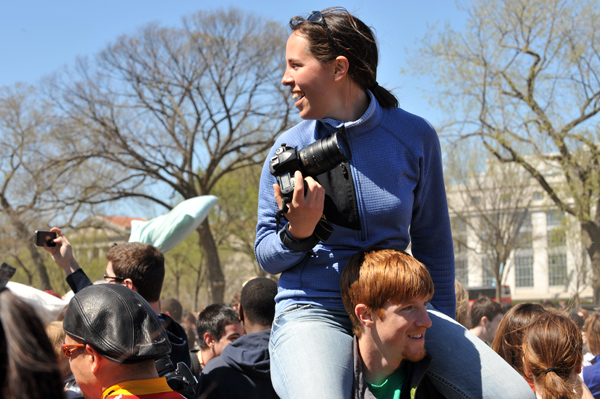 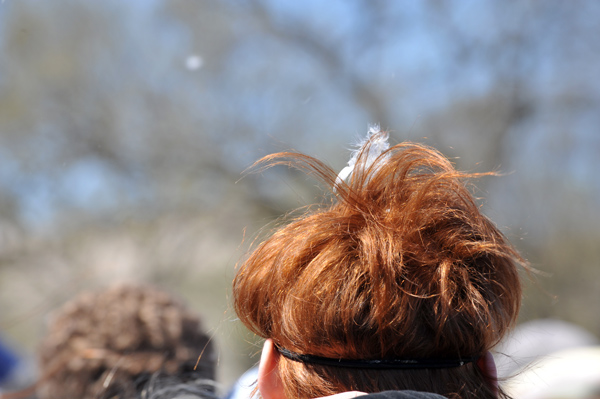 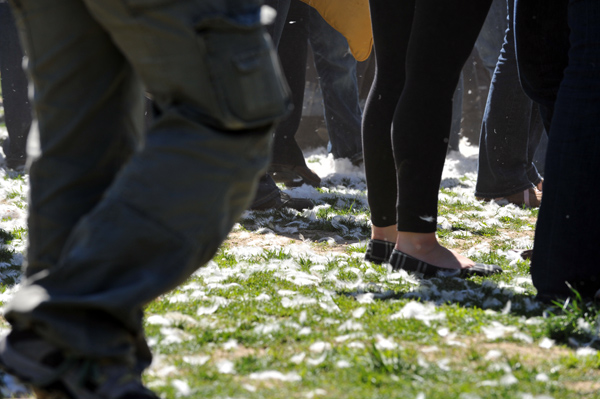 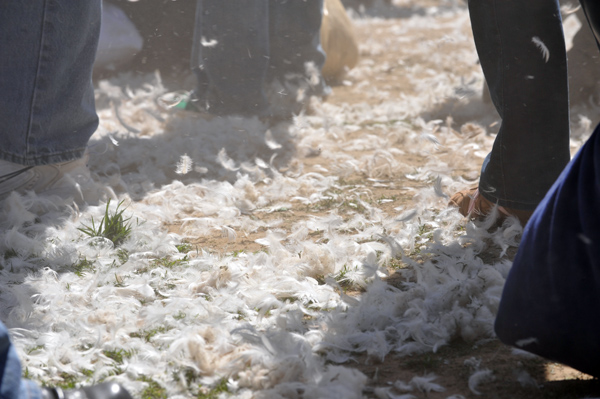 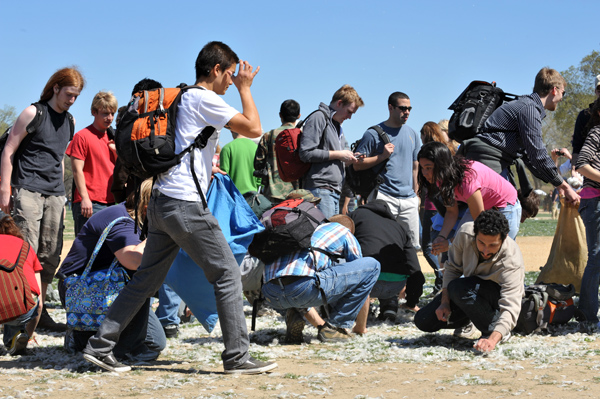 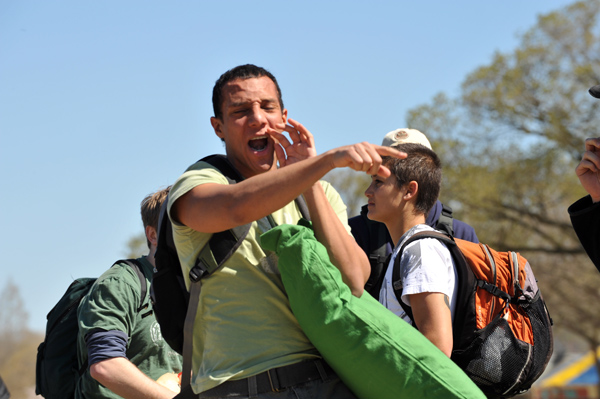 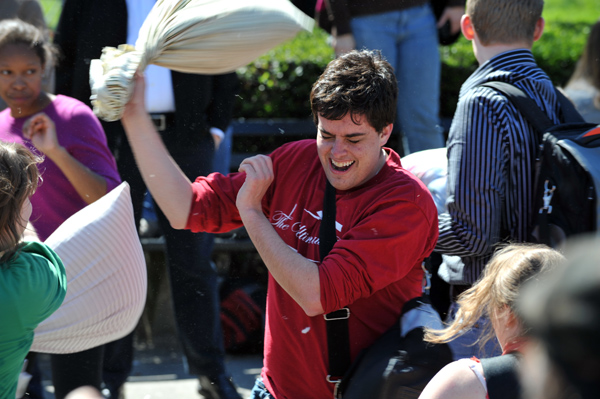 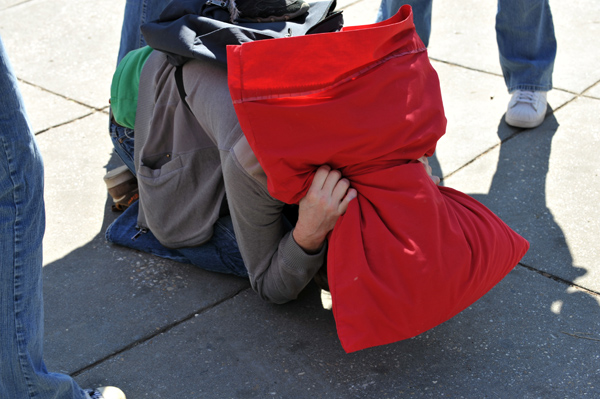 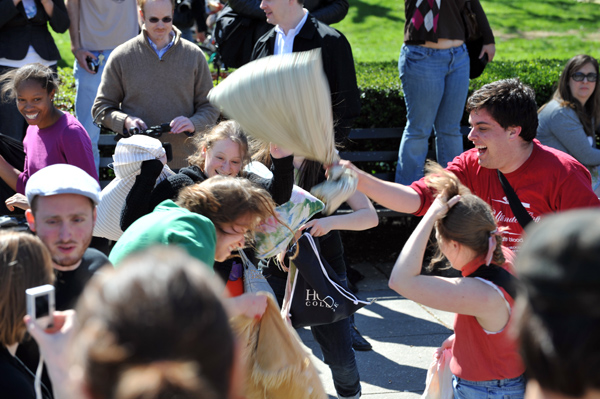 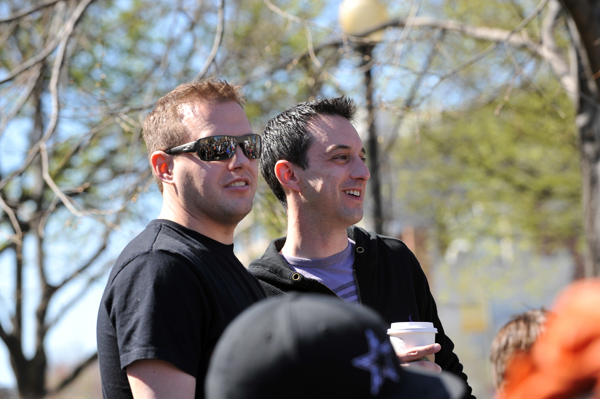 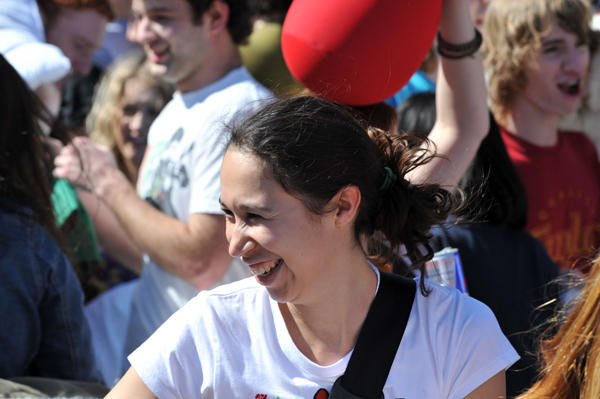 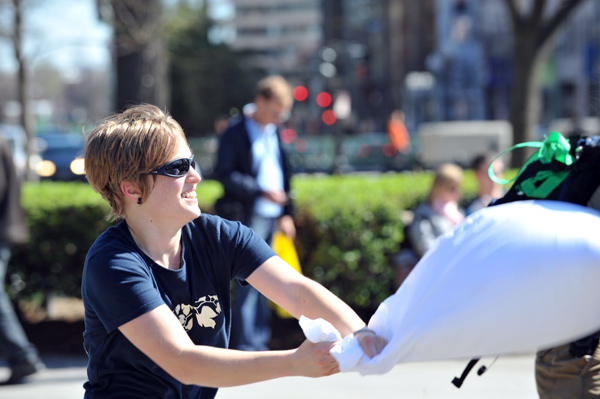 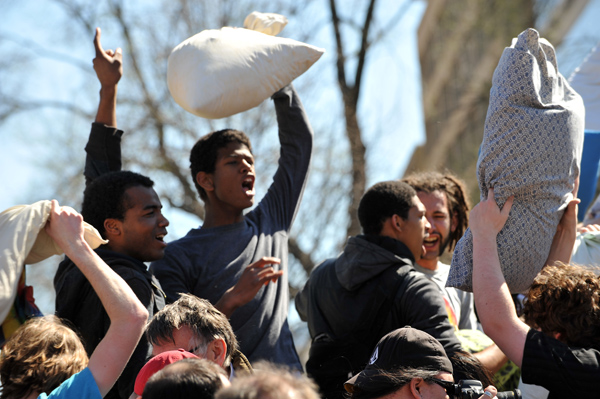 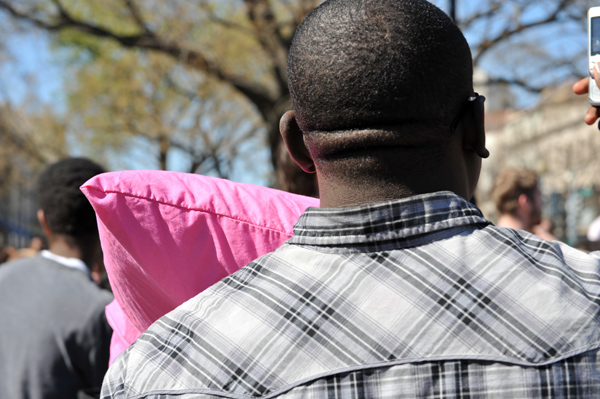 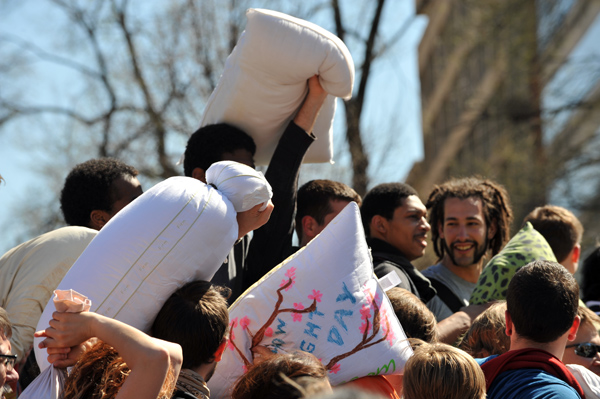 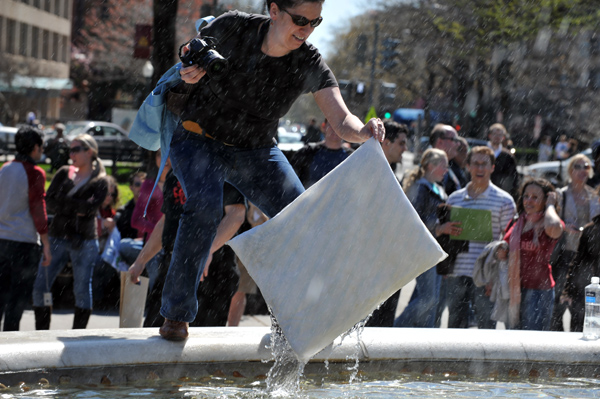 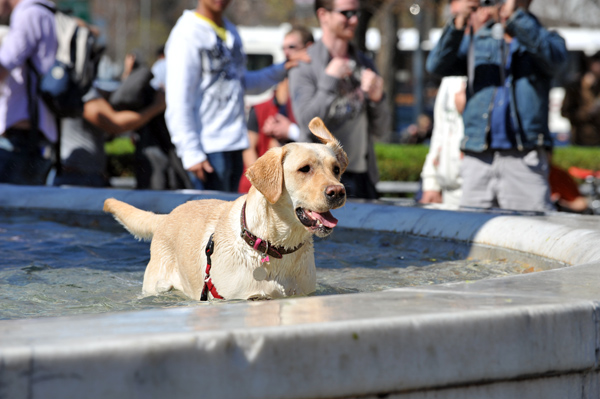 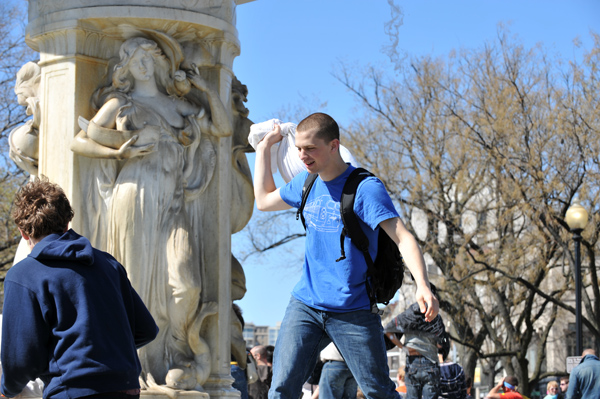 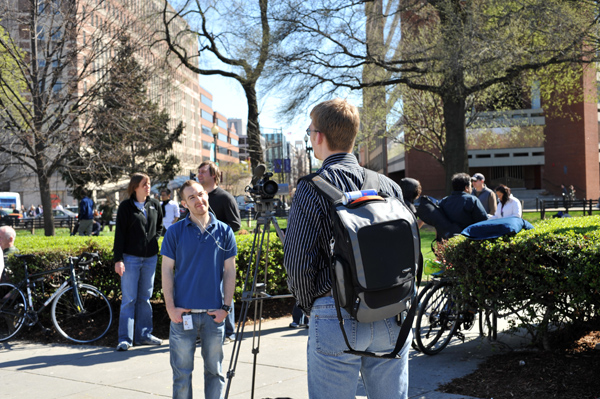