Some of my Worst Photos Ever (Oh Yeah) 🔗

In today's dredging through my digital photo album, I have extracted some of my worst photos ever.

The following photo didn't turn out quite how I thought it would. I used multiple exposures on a single frame, capturing and blending some shots from around the Bellagio hotel in Las Vegas. There was also some zooming involved in at least one of the exposures. And why not? 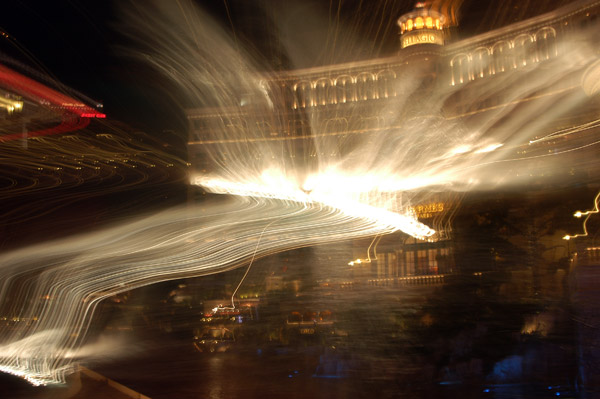 There is nothing as beautiful as kayaking through the darkness. Unless you try to take a picture of it. Oh sure, the flash got the front end of my kayak, and a couple lights in the distance perform an uncanny impersonation of JPEG noise artifacts, but I'm left wondering why I risked capsizing in the dark to get this captivating photo. 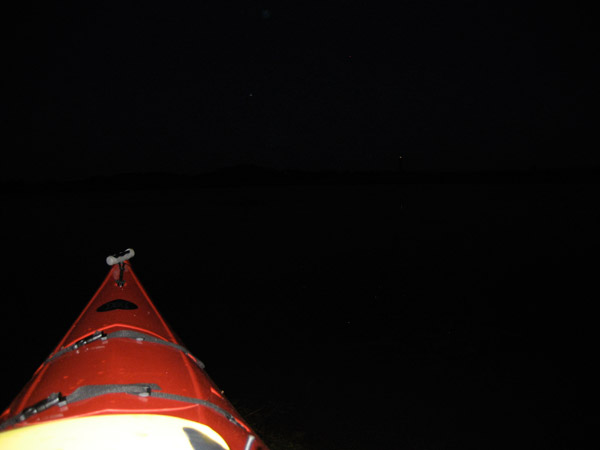 I have absolutely no idea what happened in the following photo. I'm not even sure I meant to take it. 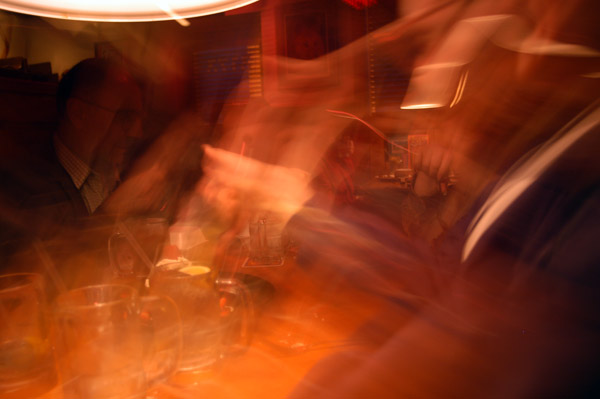 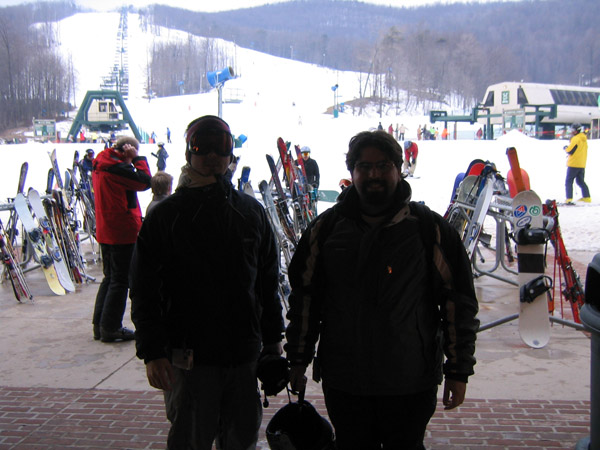 In this next photo I try to do an effect that I'm sure will be very cool: zooming the camera suddenly in the middle of an exposure. There are probably some circumstances where this will produce a great shot. This is not one of them. 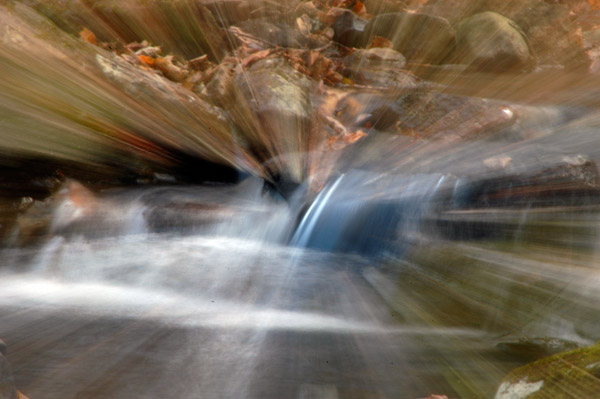 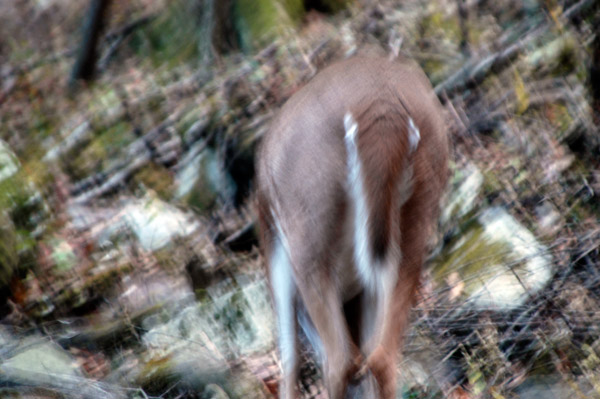 (In fairness to myself, I believe I took this picture in order to ferret out dust on my camera's CCD. You can also see how a camera meters for 18% grey.) 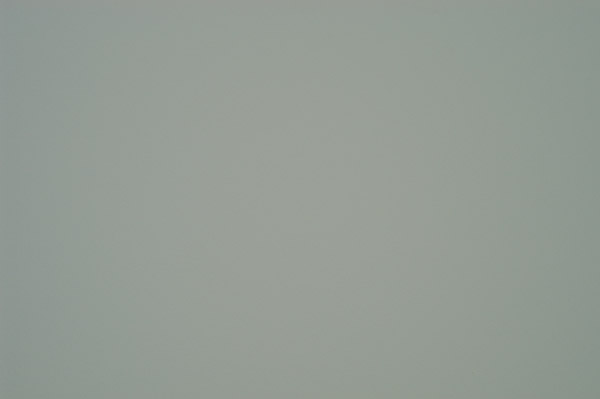 This photo had so much potential. I was covering the 24 Hours of Snowshoe mountain bike race, and it had been raining practically every day for weeks leading up to the event, turning the course into a muddy mess. This increased the difficulty level enormously for the riders, and organizers came close to cancelling the event. While walking through the mud, I noticed a "Granny Gear Productions" (the race organizer) sign reflecting in muddy water. I thought this shot would very cleverly cover many aspects of the event.

Instead it really just turned out to be a picture of mud. 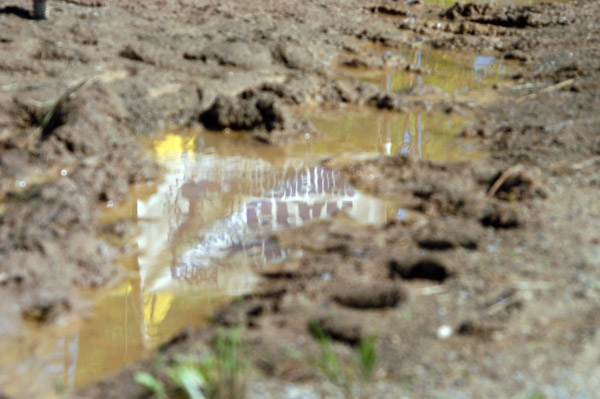 You wouldn't think it would be hard to get a focused shot of a large object in the center of the frame, would you? I'm not sure what my camera was focusing on, but it obviously found something else very interesting. 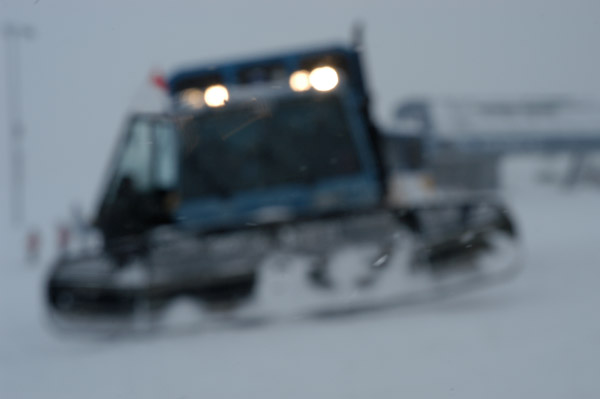 This might of been a cool shot if the snowboarder was in focus. Or the trees. Anything, really. 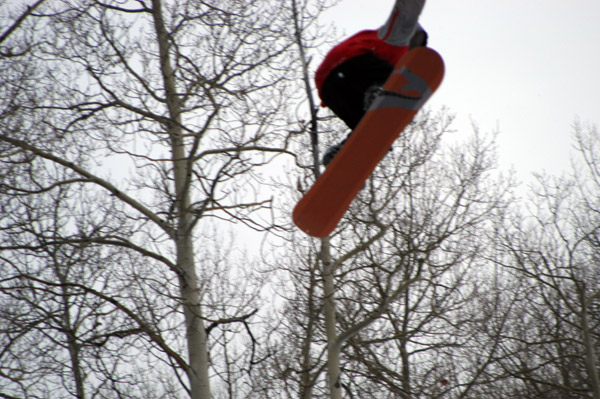 This appears to be an unfocused picture of the camera's strap in the middle of the frame.

Mental note: I can no longer pick on people who take a picture with their thumb or camera strap blocking the lens. 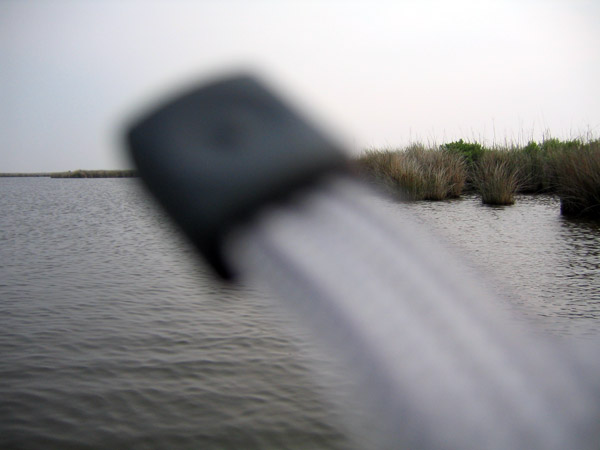 Another one of those "nice in concept" photos. This is a picture of an icy water fountain in front of my old car at an isolated rest area in the middle of the country in the middle of the winter. I am not sure why I thought this framing would be so fascinating, but this kind of photo doesn't happen by accident, so obviously I thought there must be some symbolism to it. I'm just not sure what it is. 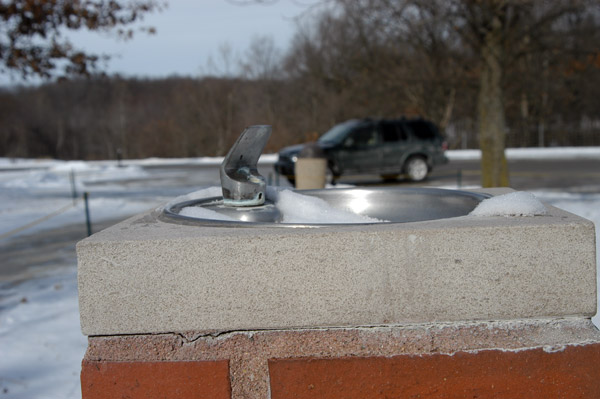