Shots of the (10-degrees Fahrenheit) Night 🔗

Wanting to put my new Nikon D3S through the paces, I bundled up and headed into the cold night. These shots were taken between 9:30-10:30 p.m., with a near-full moon bouncing off freshly fallen snow. 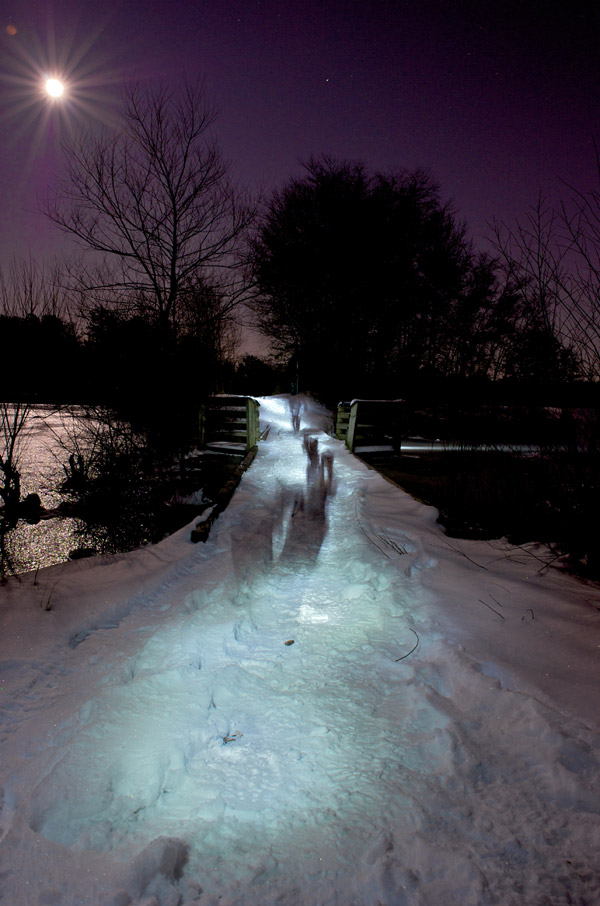 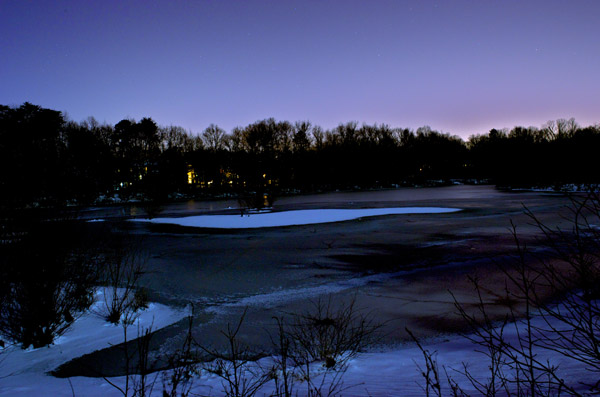 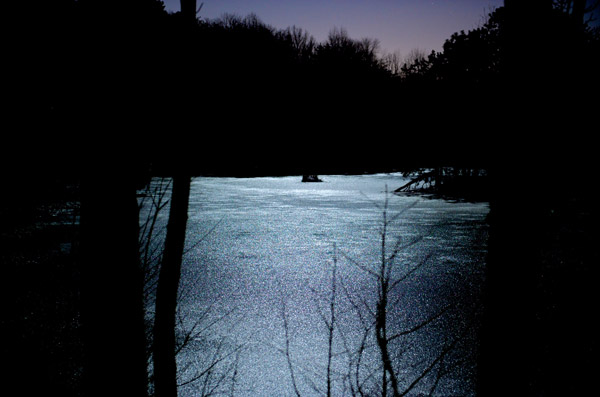 In the following photo the light source is the moon. I set the camera to 25,600 ISO, focused on the moon, and then "painted" during an eight second exposure. 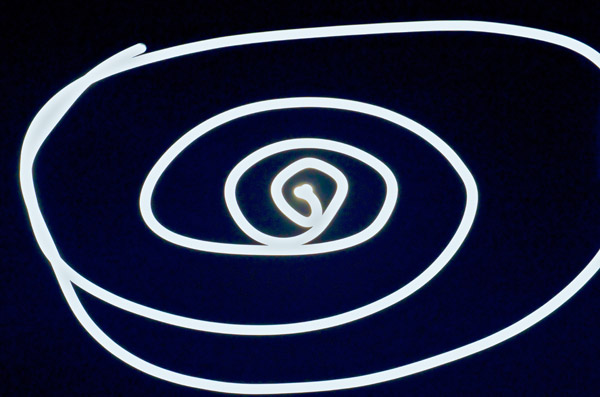 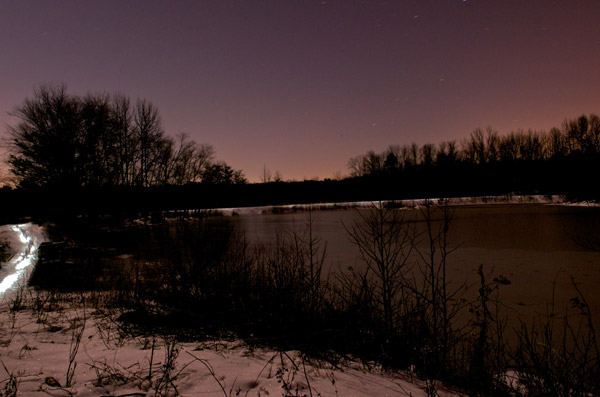 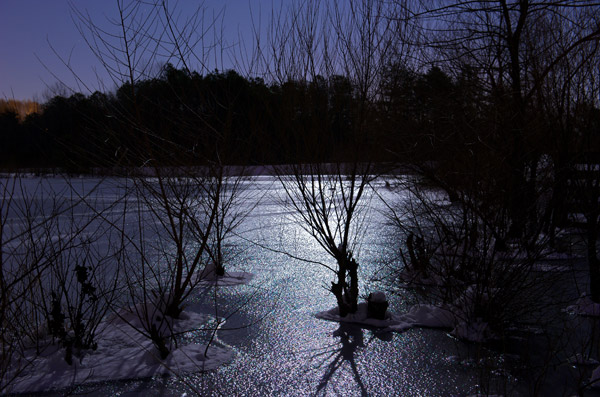 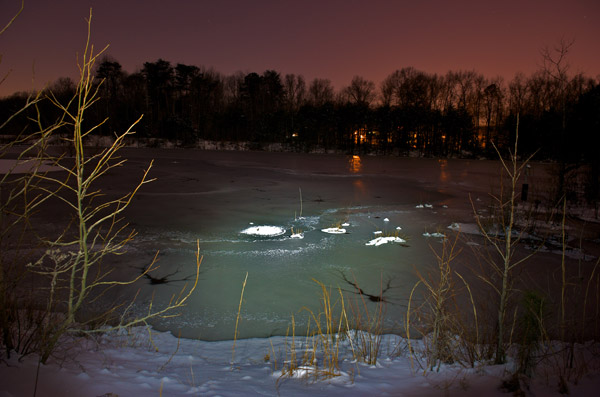 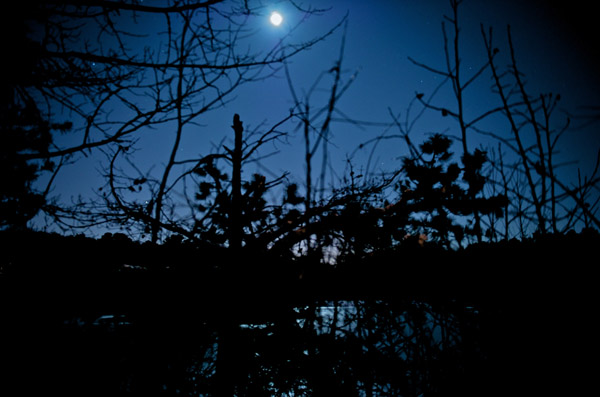 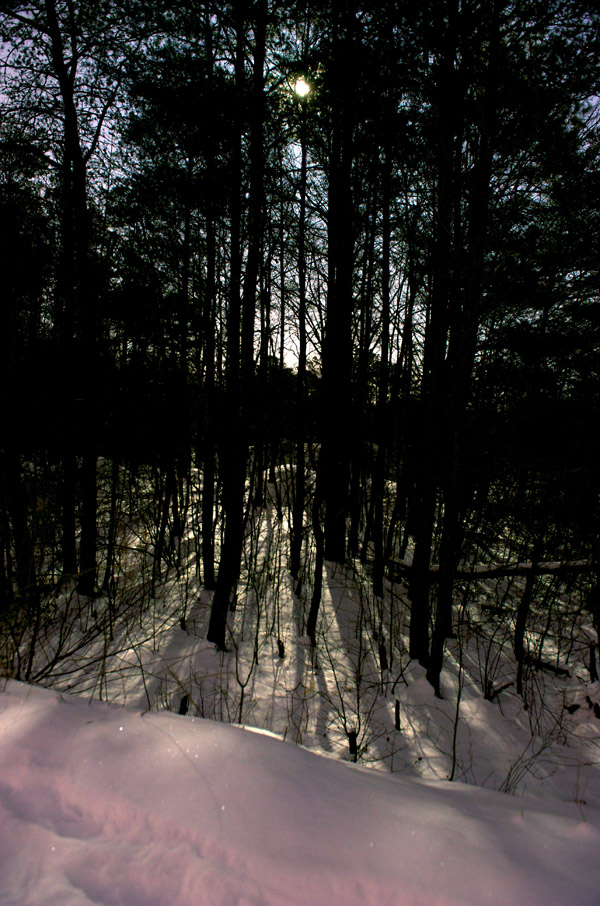