A Quick Experiment with Tilt-Shift 🔗

Tilt-shift is a photographic technique that manipulates the plane of focus and perspective in an image. This is done by both rotating the lens and forcing a shallow depth of field, typically with a large aperture. You can learn more about tilt-shift on this Wikipedia page. In practice, tilt-shift can be used to manipulate the viewer into focusing on certain parts of an image.

Tilt-shift can also be used as a type of special effect, to make "real life" elements appear like miniature models -- for example, like a model railroad. You can do this by simulating the effects of using a macro lens on "full scale" photographic subjects. This can be done after the fact, using a tool such as Photoshop.

Although I generally do not use Photoshop to manipulate images (only to correct color errors), I decided to perform a quick experiment with tilt-shift on two photos I took in early October along the road in Idaho. I only spent a minute on each one, so these are not great examples, but you can start to see the tilt-shift effect. In each case, the subjects (a rental Ford Explorer and a dilapidated old house) are "full size," but by manipulating the depth of field after the fact to simulate the effects of a macro lens, these items appear much smaller than they really are -- like miniature models. 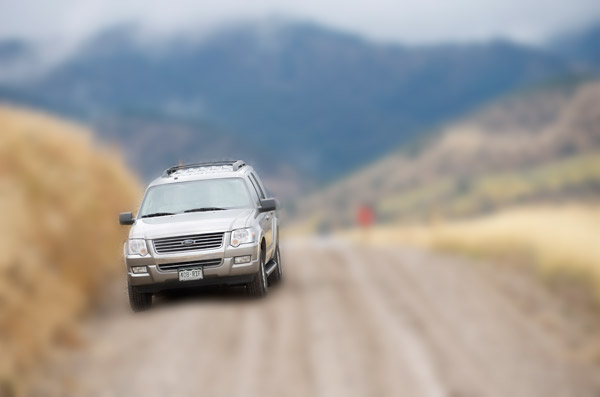 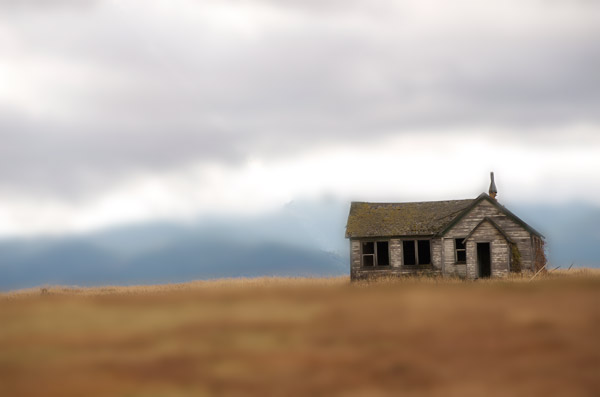