Second-Look Shot of the Day 🔗

A couple days ago, I went for a walk through the Nature Preserve behind my house. In the wetlands, I noticed something in the water that looked like it might be a beaver, and snapped a picture. But as I walked around the water, I concluded it was just an uninteresting log. 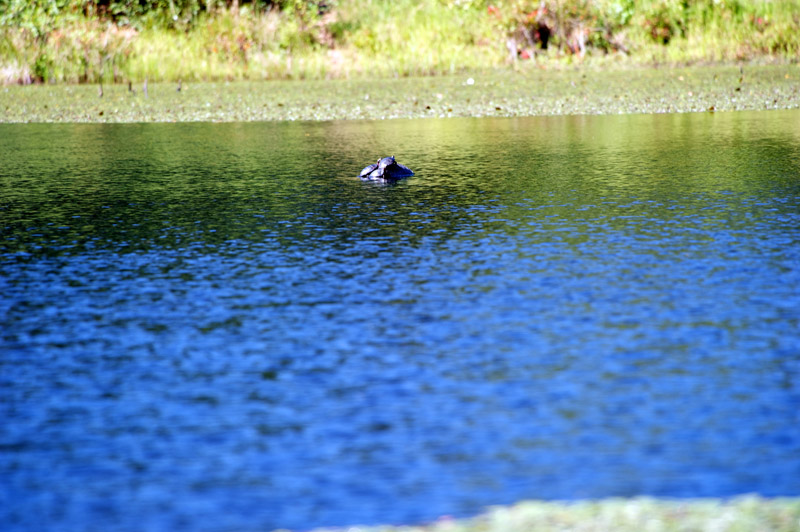 I was just looking through my photos, and noticed that it's not a log. Zooming in, it appears to be (at least?) three turtles. I can't tell what they're climbing on -- a tire, maybe? These turtles must have been pretty big. Feel free to make up your own caption for this photo. 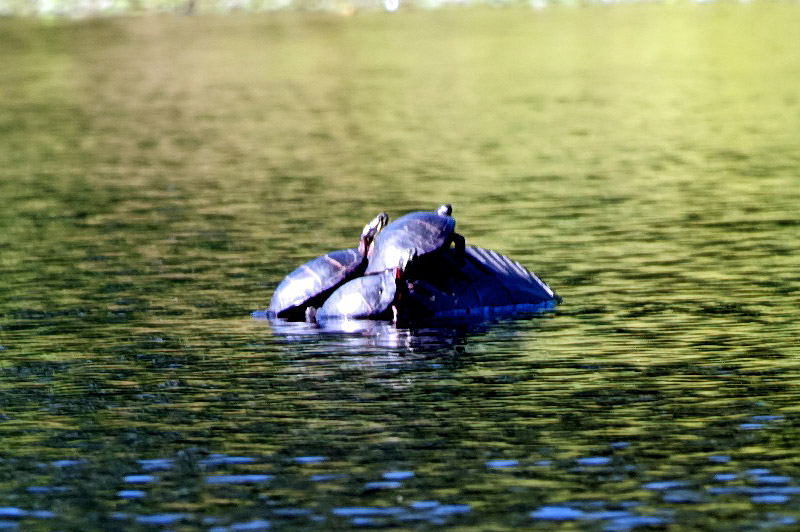 Some captions to get you started:

"I'm the king of the world!" said Clyde, as his two friends rolled their eyes.

"I hope we have flood insurance."

"You idiots, paddle faster, I say!"

"Wait a second, aren't we turtles? We're supposed to be able to swim!"

Clyde always had the sense that he was being followed.