Shots of the Day: For the Birds 🔗

I added birdseed to the feeder three days ago, but the birds only discovered it today. (Or perhaps they thought it was a trick until now.) While eating a bowl of cereal and looking out the window, I saw the first few birds swing by. I grabbed my camera and started shooting.

In all, I shot 777 photos (just under 6 gigabytes worth) using the Nikon D3S. I set the camera to continuous mode, shooting up to 9 frames per second as birds landed and took off. (At that rate, back in film days, an entire roll of film would be used up in less than 3 seconds!)

The D3S has phenomenal low-light performance (as you can see from the recent nighttime photos I published), but the low-light performance can be put to good use during a bright day, too. In most of the following shots, I pushed the ISO to 2,000, which enabled me to shoot with a fast shutter speed of 1/6400 of a second. This let me "freeze" the birds in flight. Most of the following shots are zoomed in, too. Despite cropping and using a high ISO, there is very little noise. (Most of the noise can be attributed to cropping in so tight.) 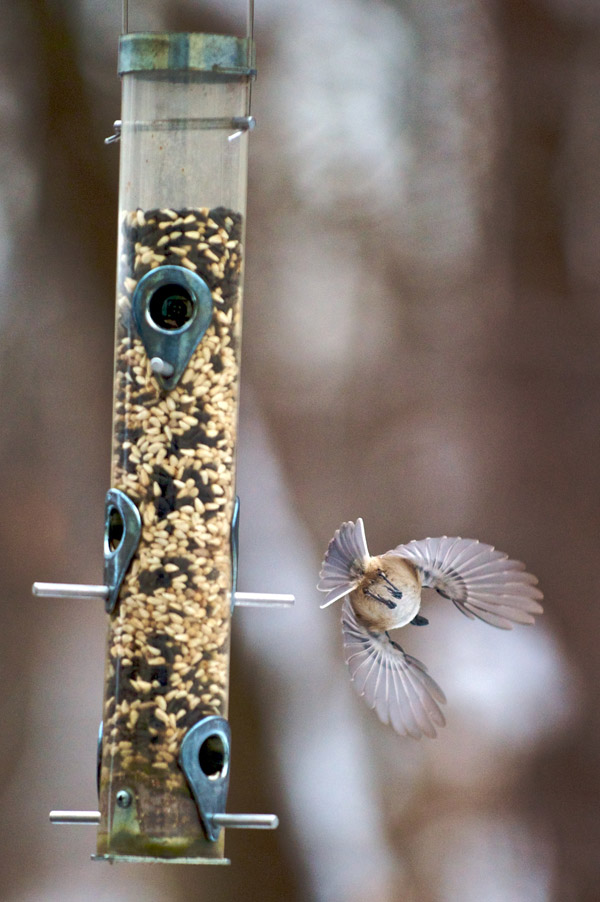 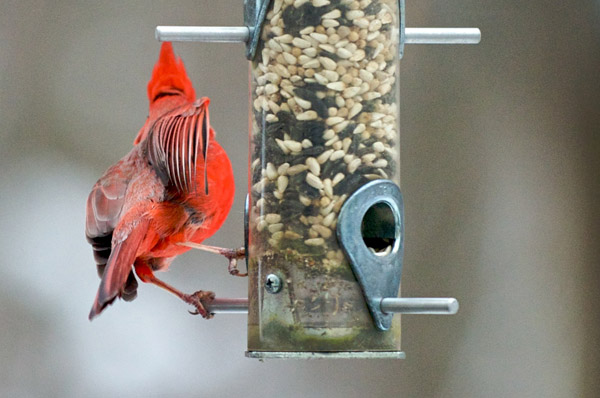 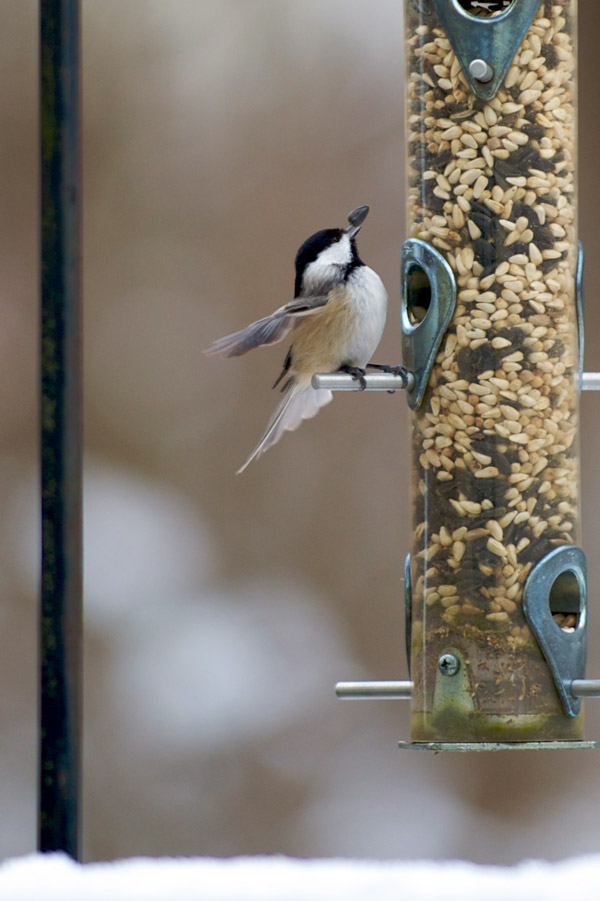 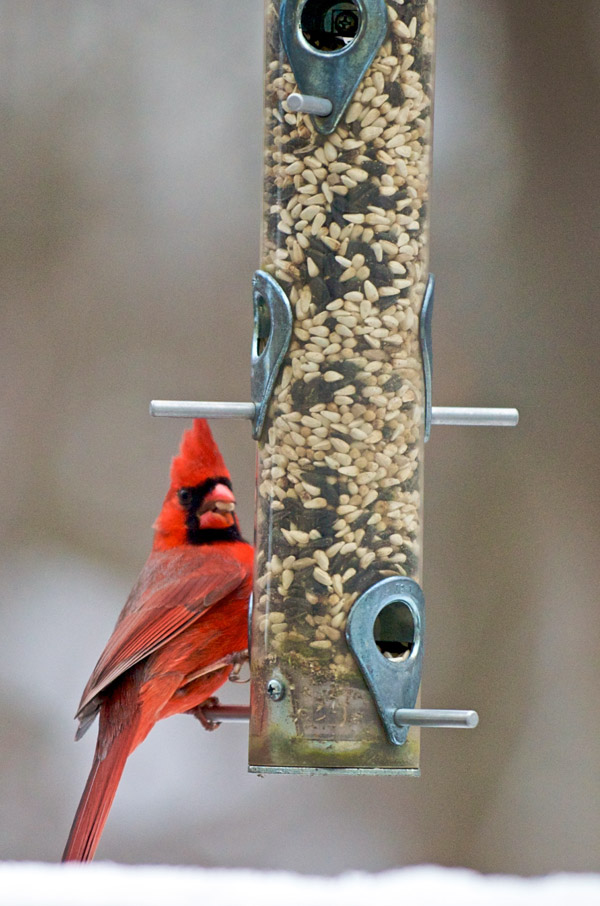 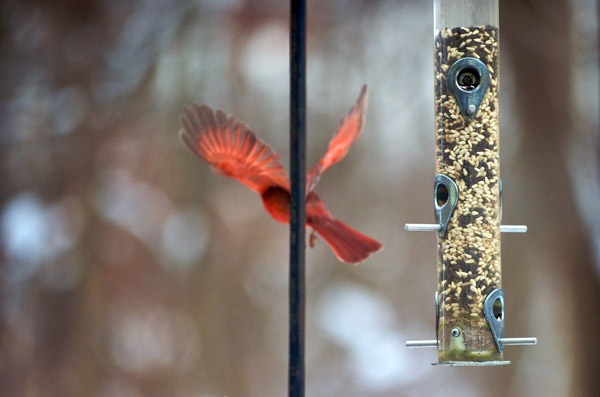 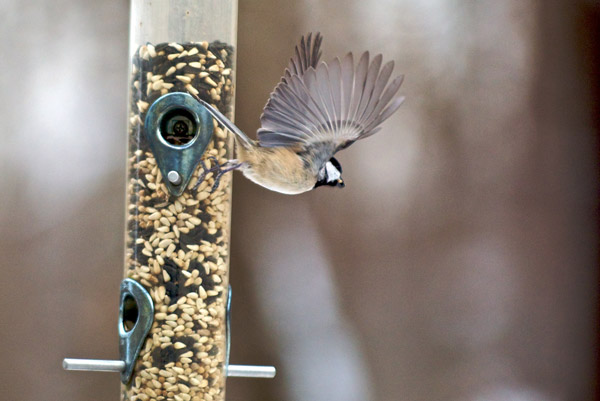 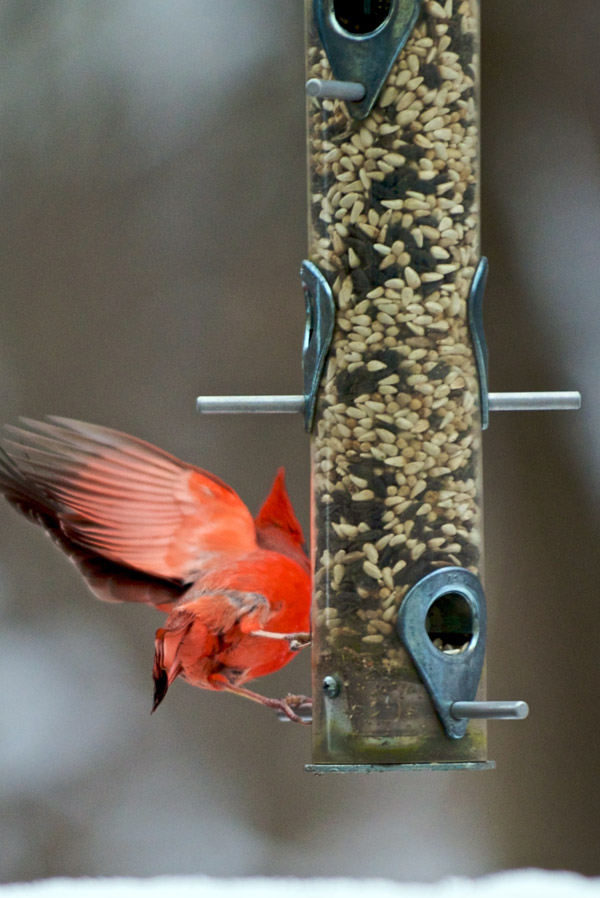 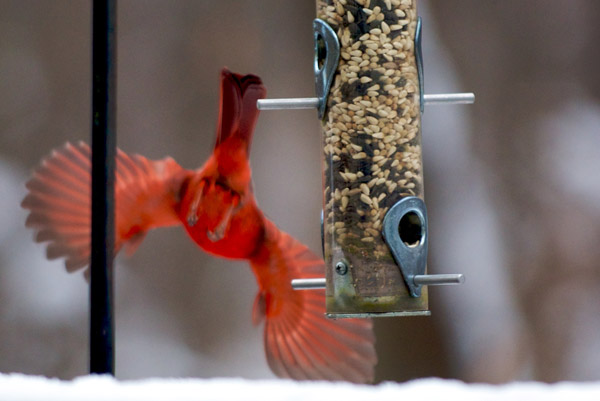 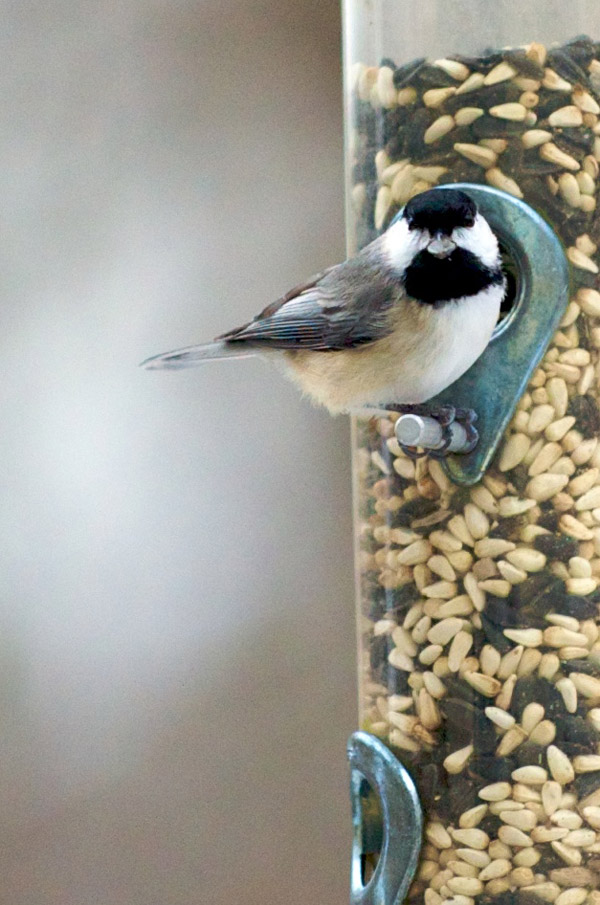 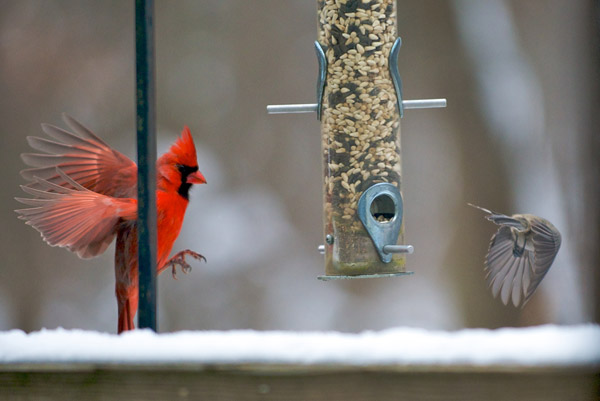