Pics from a Cold, Dark Mountaintop 🔗

Last fall, I spent a cold, dark, lonely night on top of a mountain in the desolate Canyonlands National Park. And not by accident. I was in the middle of beautiful Utah canyon country, and had an entire national park all to myself (literally). I spent several hours that night experimenting with light painting and enjoying the quiet solitude.

And wow, was it quiet. Absolutely, totally, eerily quiet. Except for one time, close to midnight, when the quiet was suddenly broken by the loud sound of a rock hitting against the ground somewhere nearby. That got the heart pounding. Until then, I had become totally consumed by the photography, and didn't realize that I was in an environment that could accurately be described as "spooky." I still don't know what caused the sound.

I've published a couple of the following shots before, but am including additional ones from that night that I haven't published before. This was the first time I attempted light paintings like these, so I was just experimenting around. Having seen the results of what worked well and what didn't work well, I'm anxious to give it another shot.

In this first photo, I attempted to draw a house. 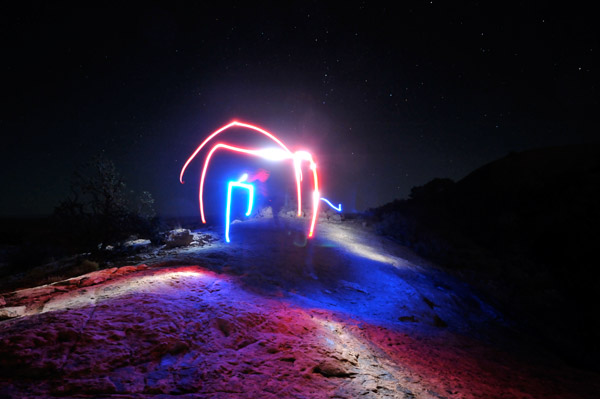 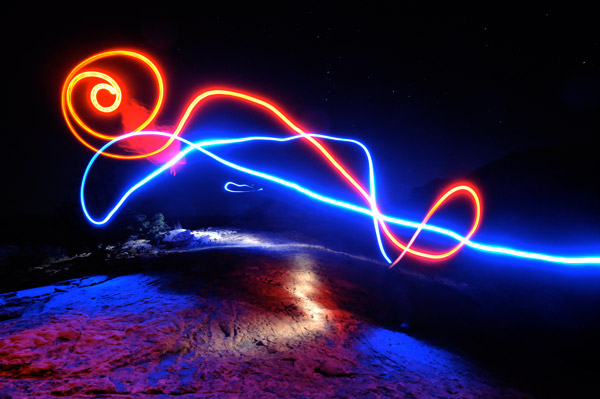 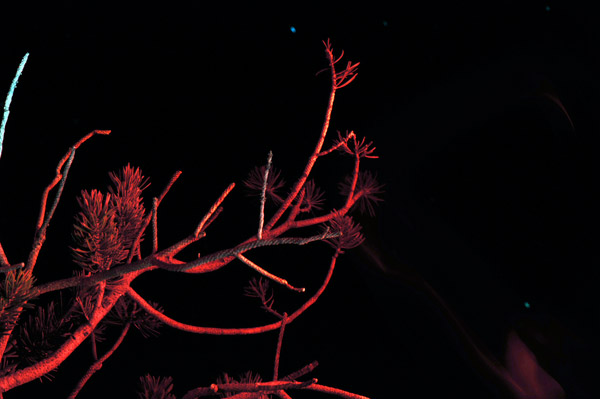 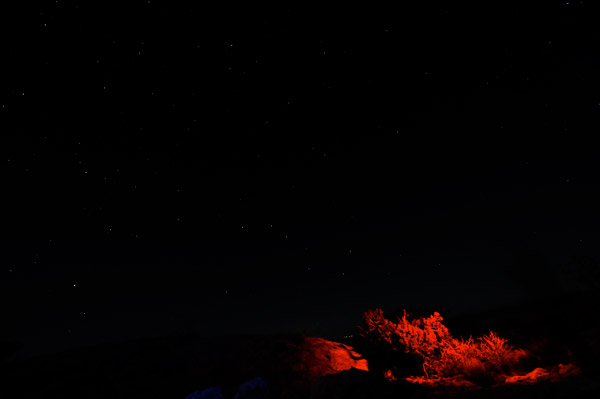 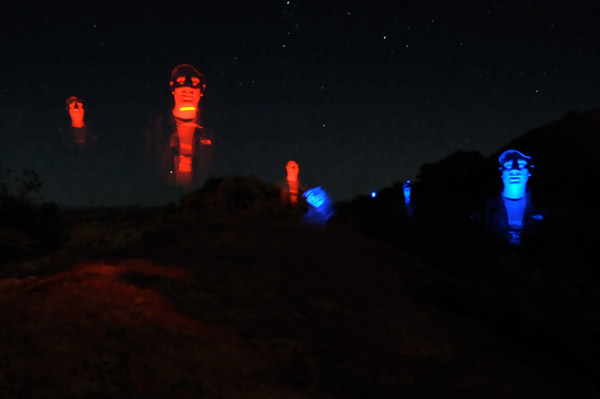 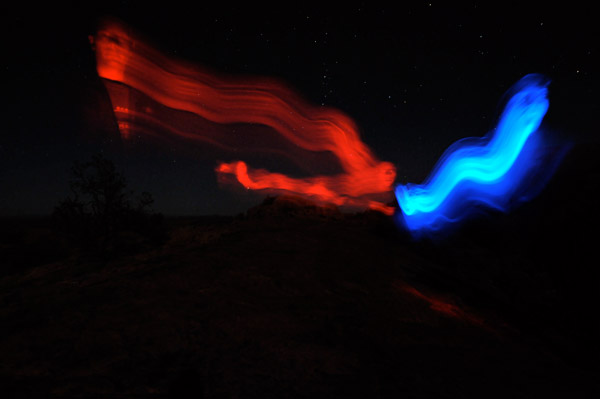 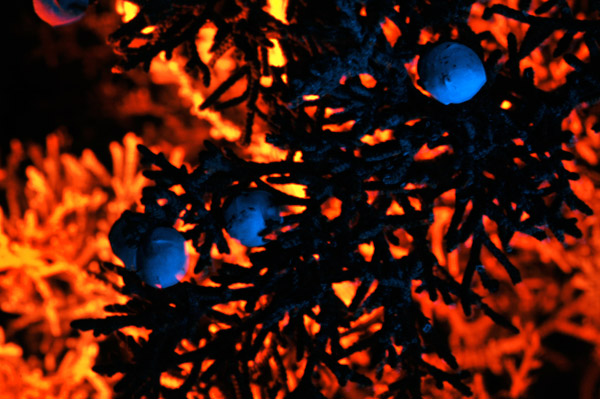 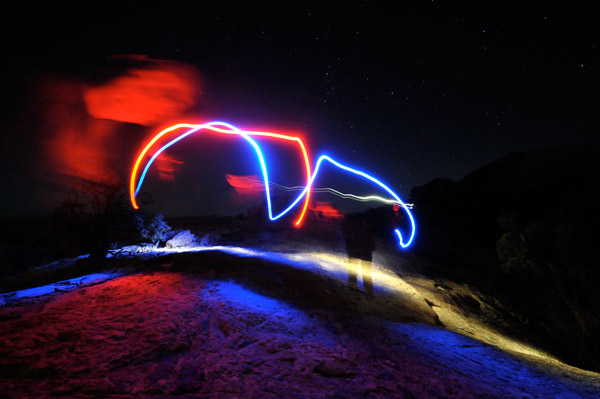 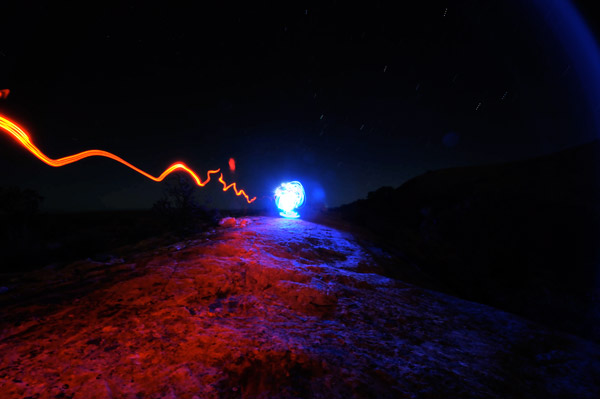 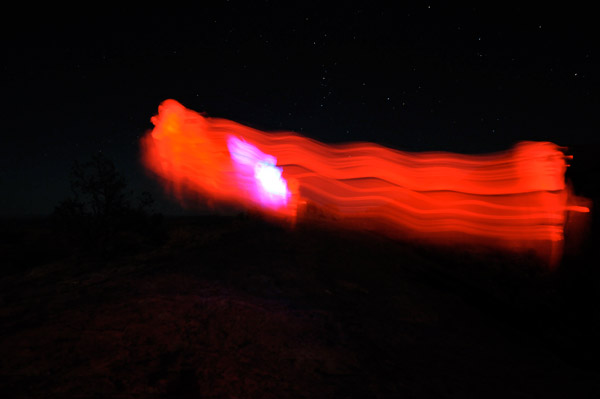 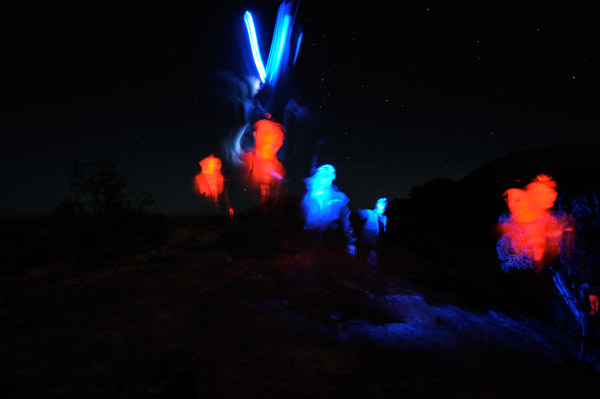 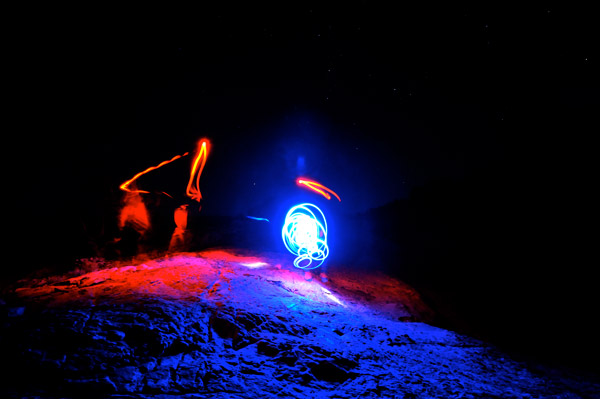 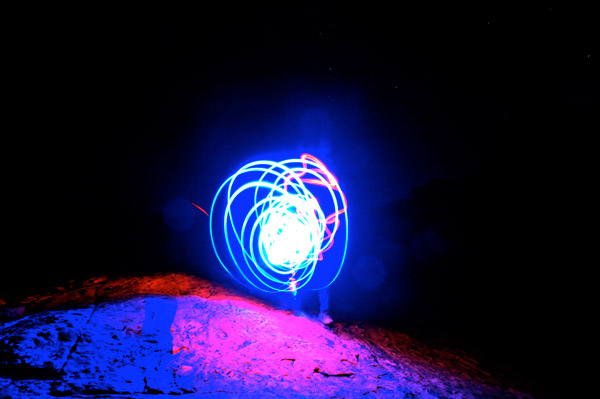 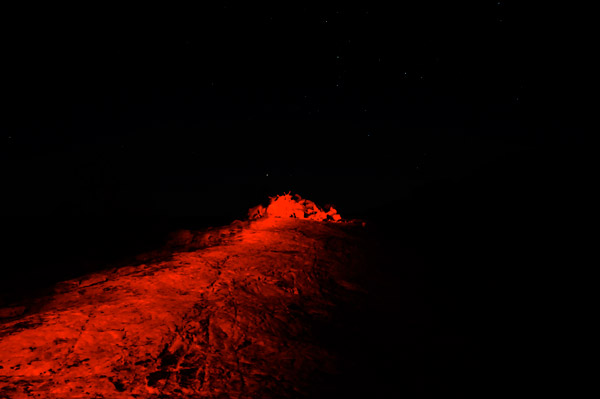 A couple shots I took while waiting for dusk to turn to dark: 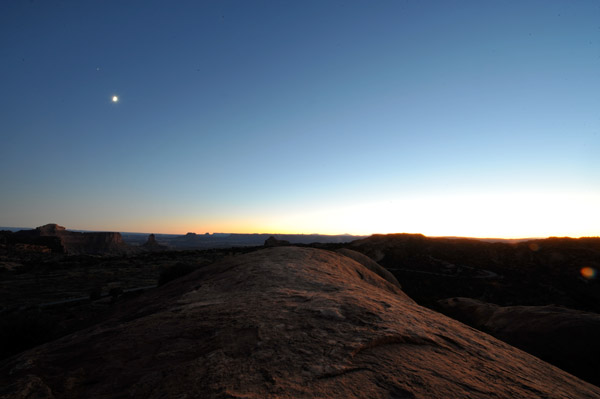 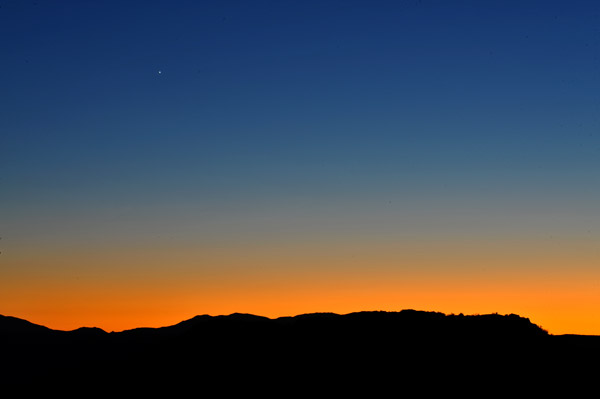 Arriving back at the car after a night of picture taking. You can see some of the beautiful Utah stars in the sky. You can see thousands of them on a dark night. 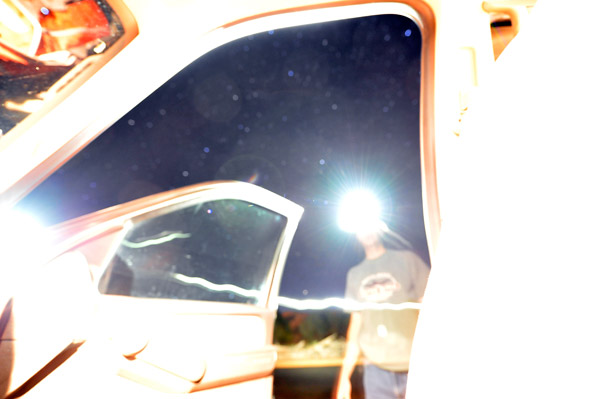