Fog can make for unique pictures, but I've always been drawn to night photography, too. The best light of the day is at dawn or dusk, when shadows grow long and colors explode before finally being snuffed out into the darkness. Being a night person (and distinctly not a morning person), I usually take advantage of the last hours of a day to take some snapshots, sometimes planning with precision to be at the right place at the right time to capture the perfect sunset.

Of course, sunsets are a fickle thing, and often turn out to be duds. No amount of planning will replace sheer dumb luck.

Even after the sun has dipped below the horizon and the light slowly fades out of the sky, there's still a chance to take great photos. One of the first things I wanted to try when I bought a camera was taking long-term exposures. It was fascinating to me that you could open the shutter and let the camera record motion onto a still frame of film. This led to a lot of experimentation, and ultimately, a lot of wasted film. Every now and then, a shot would come out perfectly. Thankfully, with digital photography, you don't have to wait for a trip to the developer to know whether a shot is good or bad.

I've taken thousands of nights shots over the years. A random sampling of a few are shown below.

The following shot was taken at Shenandoah National Park, just as the sunset was dipping below the horizon. I like the contrast in this shot. 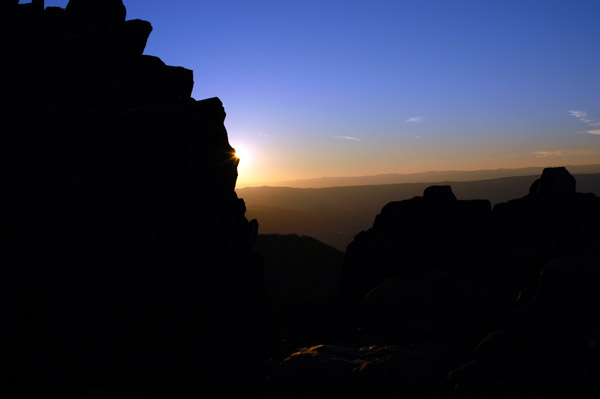 Another sunset shot from Shenandoah. The rolling mountains and waves of clouds at Shenandoah often make it difficult to tell where the mountains end and the sky begins. They don't call it Skyline Drive for nothing. 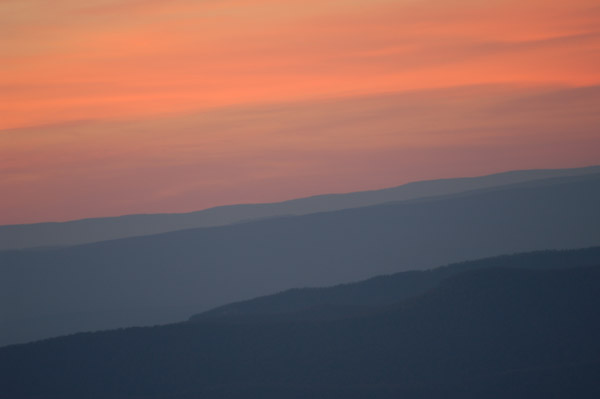 A campfire from a very cold night of camping at the Big Meadows Campground in Shenandoah. I woke up the next morning to a light coat of snow and 28-degree temperatures. I shivered the whole night, wondering what the heck I was doing. Yet, it was a great trip. 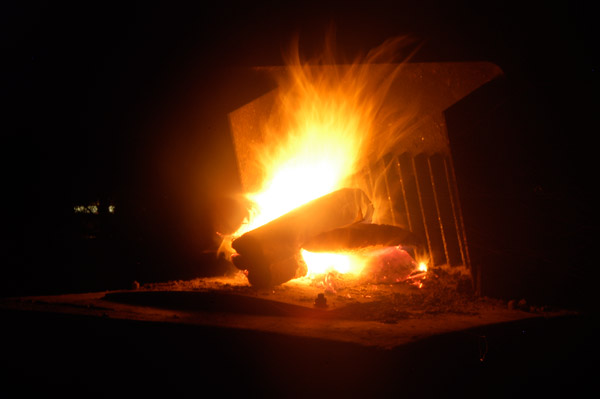 A crescent moon over Shenandoah. 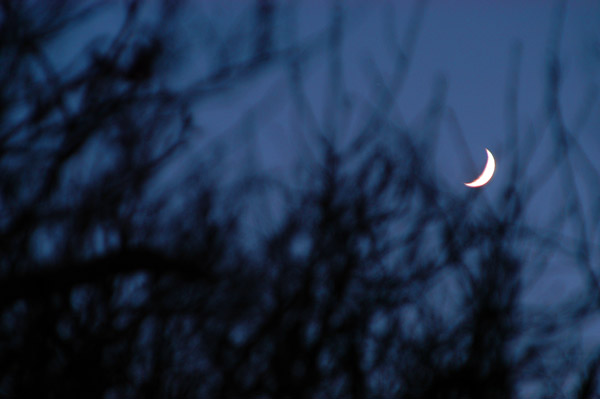 It may be hard to believe, but the following is a night shot. I used a very long exposure (30 or more seconds) to blur the water, and then slowly "painted" the scene with an incandescent flashlight. 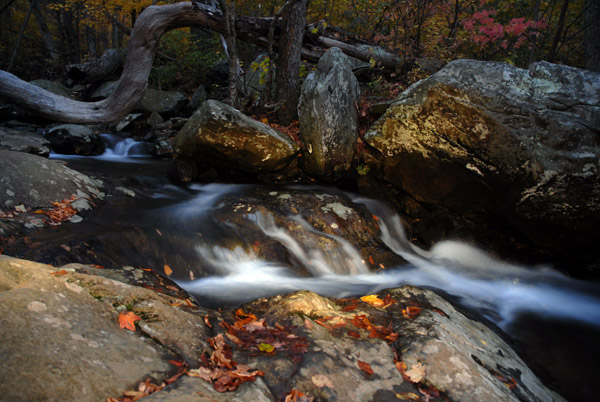 Another long-term exposure from Shenandoah, taken past sunset and appearing much lighter than it really was. 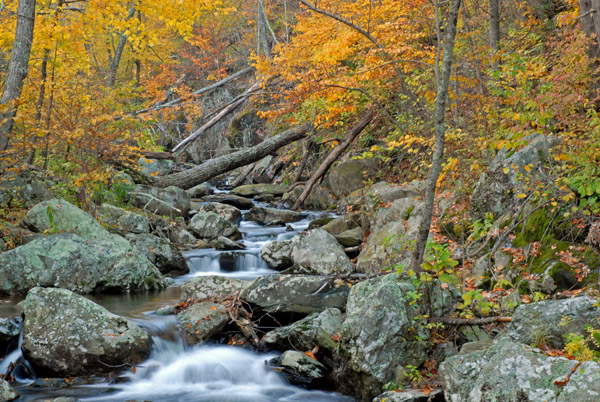 And now we jump over to the west coast. Any idea where this was taken? OK, easy question: Arches National Park. I took a road trip out west in January, 2003. January might not seem like a wise choice for a western road trip, and that's exactly why I picked it. It was an adventure, and I had to dodge a few blizzards. I captured the following arch shot just past sunset on a chilly late January night. I had Arches National Park and Canyonlands National Park all to myself that day. Kind of makes you feel like a king. 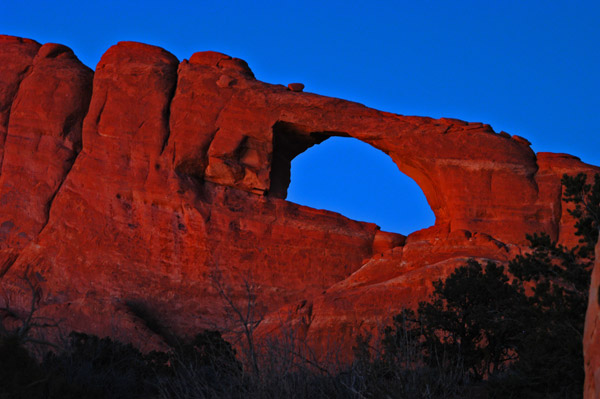 Another shot from Arches, facing the opposite direction. 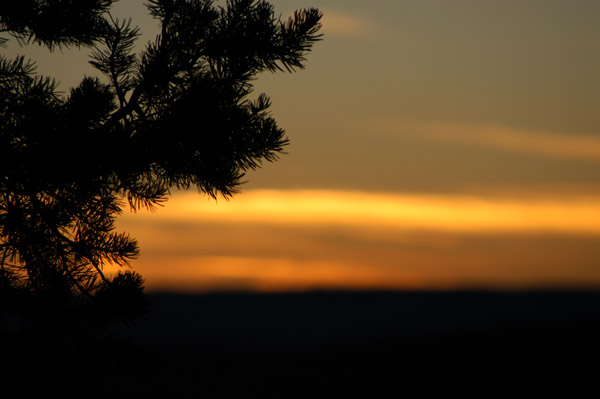 Back to the East Coast. I took this shot last summer at the Outer Banks in North Carolina, just after finishing an evening paddle in my kayak. 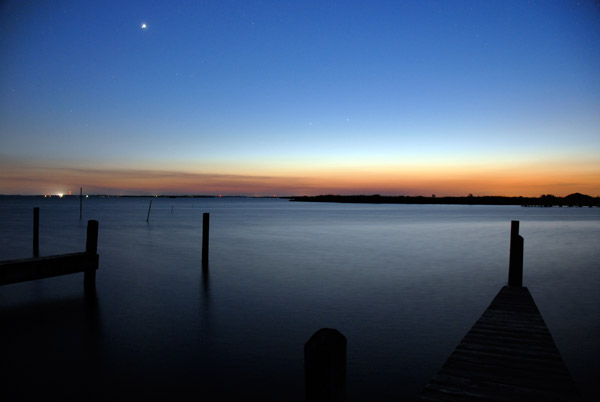 Here's a video I made while kayaking one night in the Outer Banks. I was near the Currituck Lighthouse, in an inlet on the leeward side, and the wind started blowing in as the sun set. I was an hour or so from the dock, and had to go out into the open sound to get back. By that point, the wind had churned the sound into a frenzy, and it was pitch dark. That was a fun paddle.

Bouncing back to the west coast again -- this time to Las Vegas. This long-term exposure was taken on the pedestrian bridge crossing the strip, between MGM Grand and the New York NY Casino. 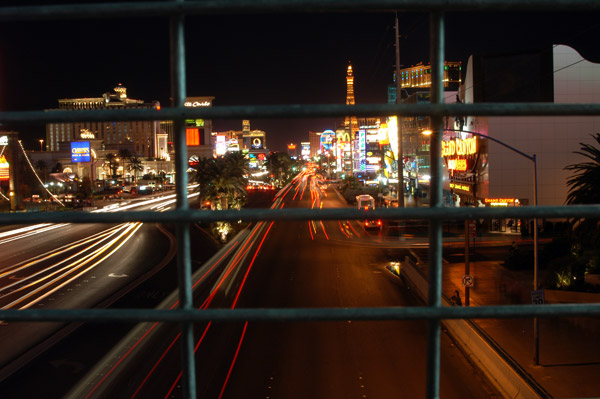 A nighttime shot of the Bellagio. 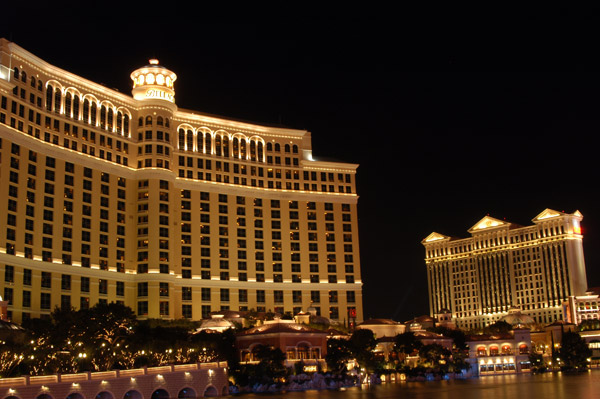 The fountains at Bellagio doing their thing. 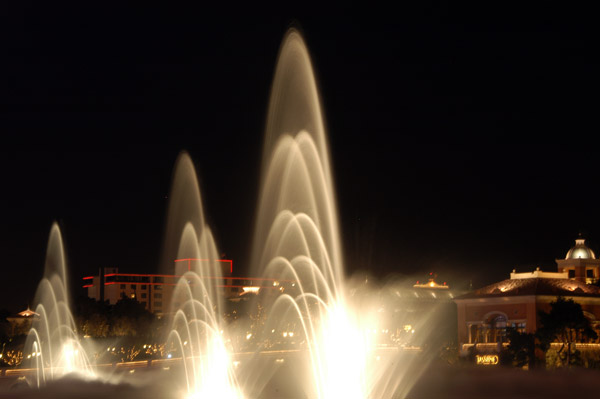 Another shot of the Bellagio fountains. It was a chilly January night in the desert. 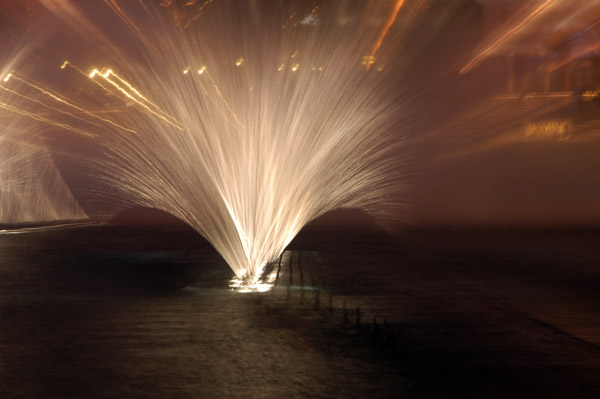 There's something about this next photo that I really like. I was taking night shots along the Las Vegas strip, and came to a 9-11 memorial that had been set up near the NYNY hotel. The hotel had put up a sign ("We will never forget") honoring victims of 9-11, and visitors had placed fire department shirts from around the country and world near the memorial. I don't know who this lady was, but surrounded by all the action, lights, and sounds of Las Vegas, there she was, standing with respect in this rather quiet and solemn scene. It was not the kind of shot I was expecting to get, but it ended up being one of my favorites from that trip. 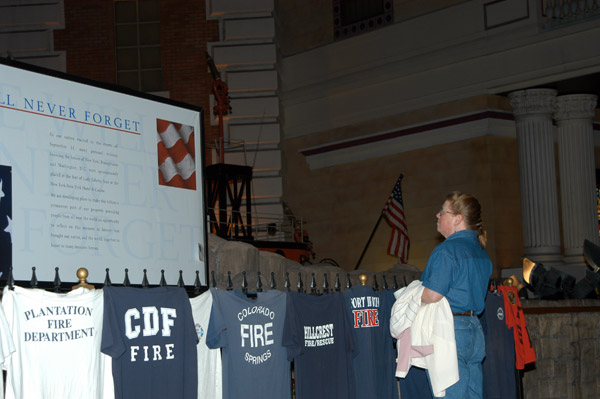 Right back to the east coast: a dusk shot from Pennsylvania's Whitetail Resort on a magical night. Perfect conditions and a perfect sunset, with snowguns echoing in the distance. I love night skiing at Whitetail. 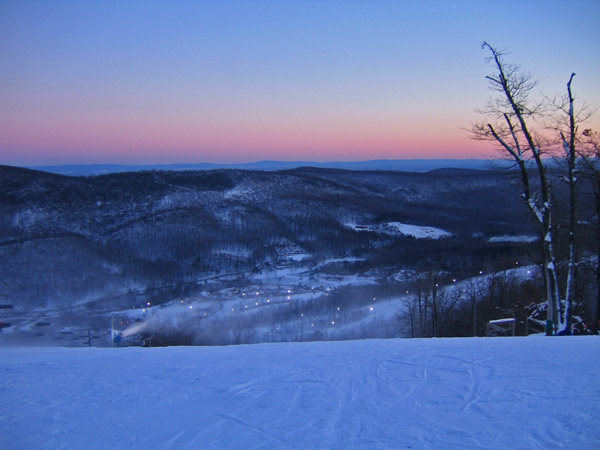 And one final dusk shot from the base area of Whitetail. 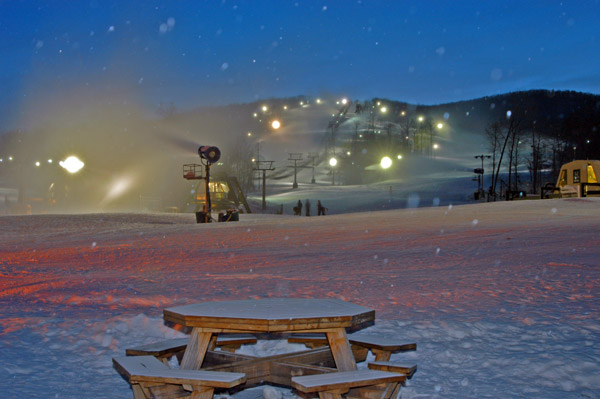