There's Something About Fog... 🔗

Fog is often the bane of photographers. A thick fog descends over the mountains, chasing light, contrast, and color away, leaving only gray goo behind. But I have always found myself drawn to fog. There is something ethereal about fog, and the mood it overlays onto a scene. I find it very peaceful to hike through a chilly, humid fog.

And that's a good thing, since fog was a constant companion for the first half of a recent trip to the Smoky Mountains. For most of the drive down, a heavy fog cradled the Blue Ridge Mountains, often reducing visibility to a few feet. This made driving quite treacherous, and at times I had to make a full stop and inch along the road carefully, searching for the solid yellow line to use as a guide. Thankfully, few cars were on the steep, windy mountain roads. Sometimes, the fog would mysteriously lift without warning, only to reappear after the next curve in the road.

Driving though the fog at night was a particularly isolating experience. The fog not only absorbed all light, it seemed to absorb sound too, leaving an eery silence. I have always enjoyed hiking at night, when the woods take on a completely different character. My best river/waterfall shots have been taken just past dusk, where long exposures allow the water to paint a colorful image. This has always required a multi-mile hike back to the trailhead in the dark. But hiking into a foggy darkness? That's a bit too spooky, I'm afraid. On the drive down to the Smokies, I didn't venture too far from my car at night. 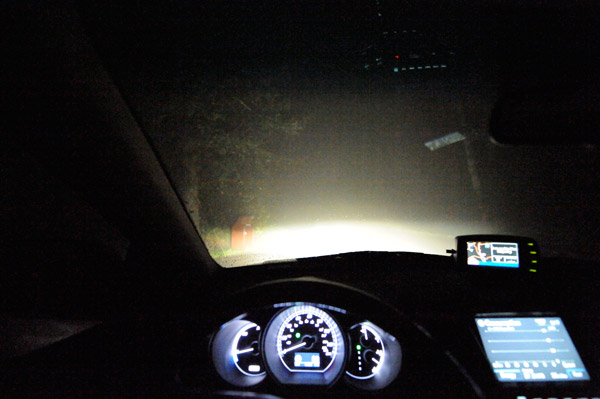 Over the years, I have captured lots of foggy shots. I took the following photo while covering the "24 Hours of Snowshoe" race at West Virginia's Snowshoe Mountain Resort. The event is an endurance race, where mountain bikers spend a solid 24 hours navigating a challenging course, through day and night. On this particular night it was quite foggy, which only amplified the loneliness of the race. 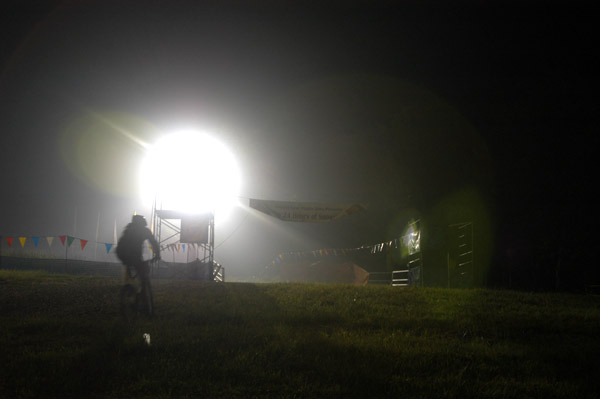 The next shot shows a gate leading up to the checkpoint -- where bikers clocked in a full lap, before starting the next one. In this timed exposure you can see the headlamp from a bike zooming by. 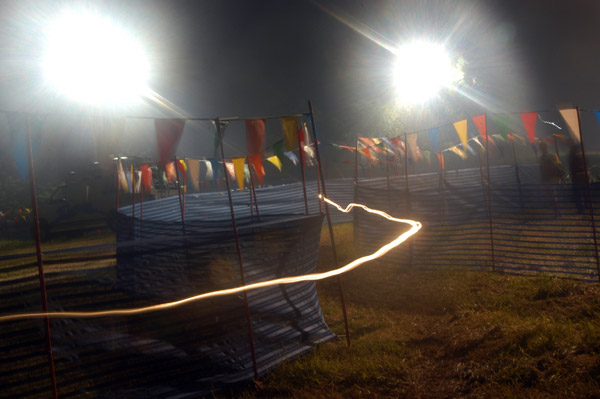 Two more shots showing racers climbing up a steep portion of the trail as the day's last rays of sunshine filter through the fog. 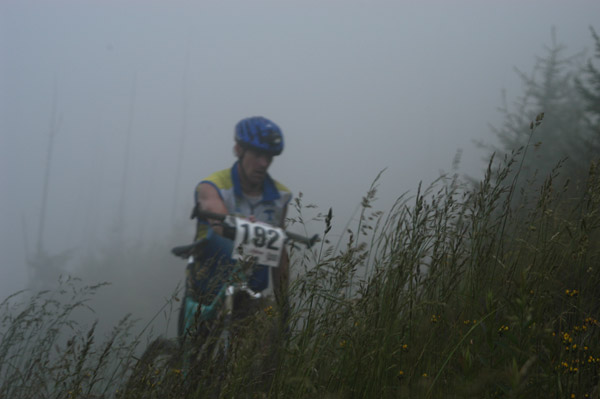 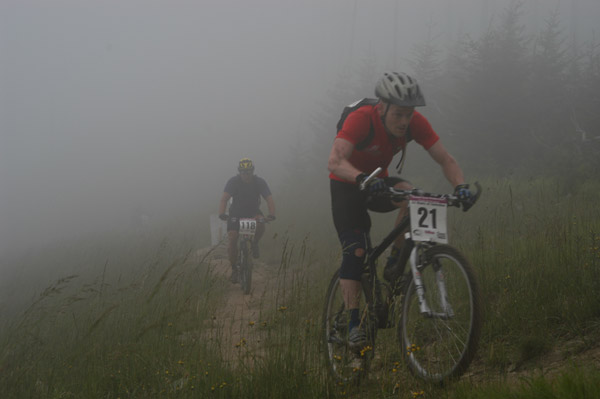 And here's a shot from a foggy hike I made along the Blue Ridge Parkway several weeks ago. 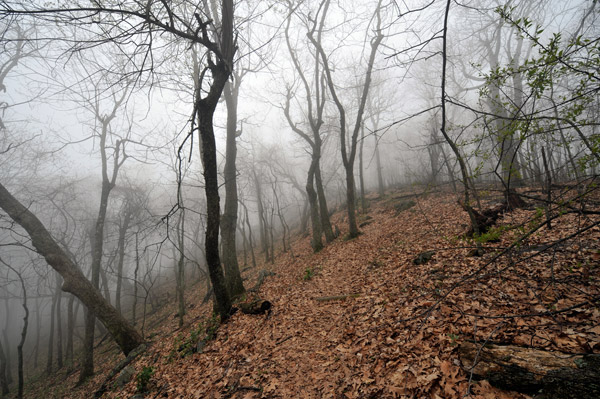 Changing seasons, the following photo shows the Back Bowls of Colorado's Vail Ski Resort shrouded in fog. It may be sunny in Colorado 300 days out of the year, but when the sun isn't shining, chances are good visibility is poor. When it gets foggy, that means it's time to head into the Pines. 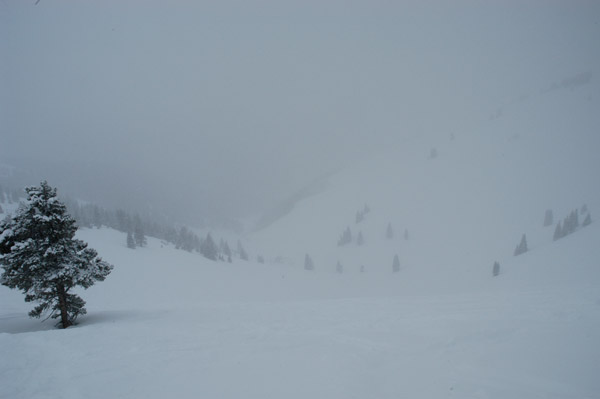 And switching back to the East Coast, here's a foggy shot of Pennsylvania's Whitetail Ski Resort, with some fluffy flakes dancing to the ground: 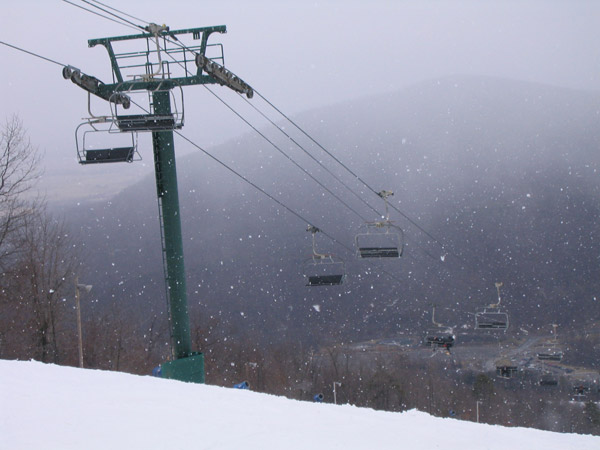 Several winters ago, I had the opportunity to "shadow" a snow groomer at West Virginia's Snowshoe Mountain Resort one foggy night, riding in the snowcat and playing with all the controls. That was cool. That is one lonely job, fog or no: groomers spend long nights by themselves tilling snow. The snowcat driver told me it was very peaceful and serene. 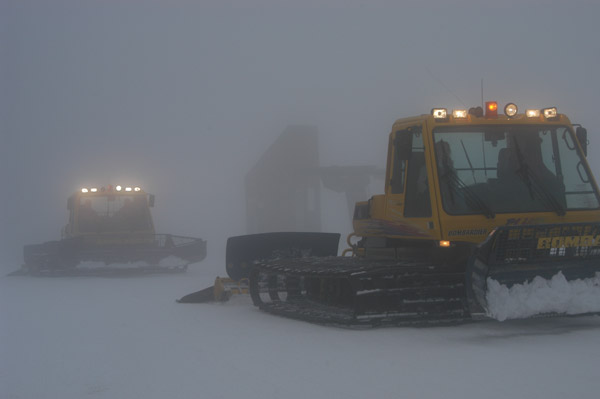 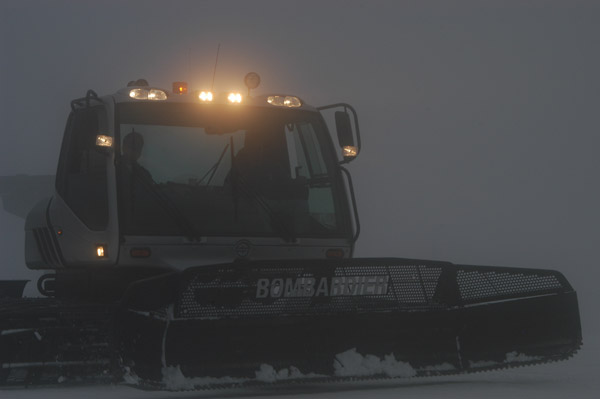 The next shot shows some wispy fog swirling above a road in the town of Vail. I didn't have a tripod at the time, so it's a bit blurry, but you can probably tell the effect was surreal. 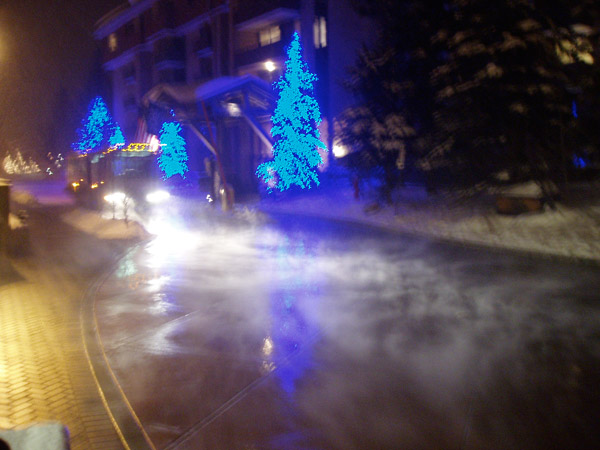 In a more urban scene, I took the following shot out the top floor of the historic Queen Elizabeth hotel in Montreal during one cold, foggy night. 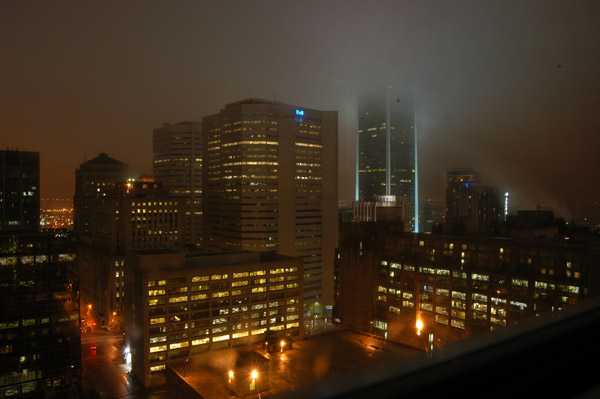 Next up is a deer in Big Meadows at Virginia's Shenandoah National Park, followed by a dusk shot, just after fog had lifted. 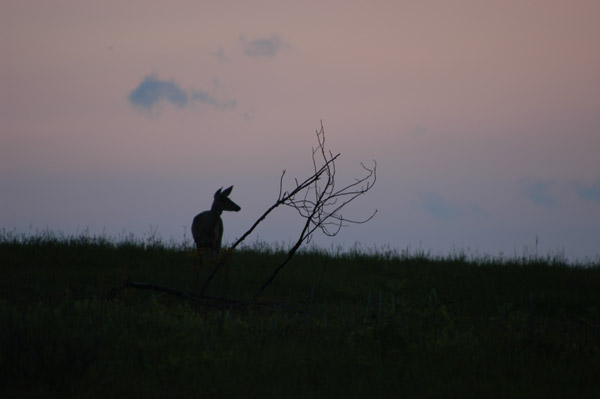 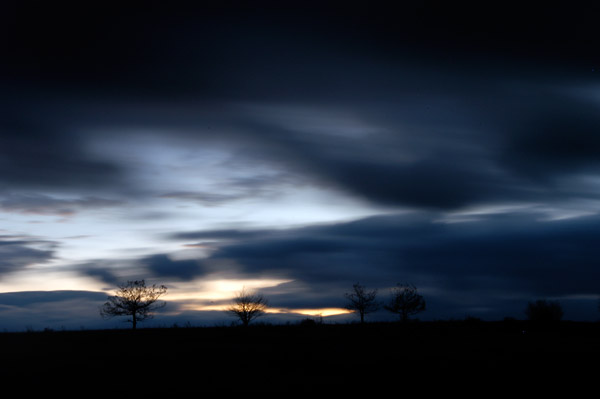 And one final shot from the Blue Ridge Parkway. 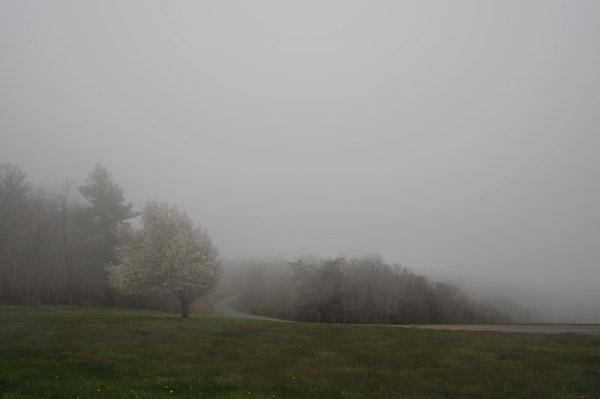